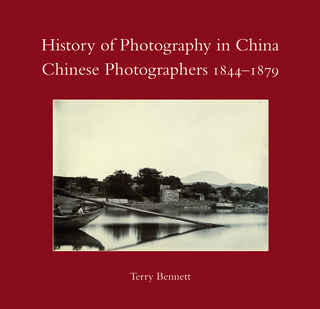 The KKF Book Awards are the UK’s leading prizes for books published in the field of photography and the moving image. The shortlisted books, which range from stunningly executed personal photography projects to academic books tackling previously unexplored topics, will now compete for a share of the £10,000 prize. The winners will be announced on 30 April at the Sony World Photography Awards gala ceremony held in London.

Along with 14 highly commended titles across the two categories, the shortlisted books will be displayed at Somerset House, London from 1-18 May as part of the 2014 Sony World Photography Awards Exhibition.

The judges also recognised and highly commended the following titles:

Chair Kate Bush commented: “This award is unique in honouring every dimension of a photography book: its cultural originality and its intellectual contribution - as well as its artistic and design value. Our long and short lists reflect a year of vibrant international photography publishing. Thrilling monographs by rising young stars sit alongside works of scrupulous scholarship. Fresh approaches to classic bodies of photography - rediscovered for new generations – take their place beside vernacular imagery found in unexpected places. Art photography, photojournalism, documentary: the wide repertoire of current photographic culture is reflected in our shortlist this year, and each book on the list has surprised and impressed the judges in different ways.”

The jury - Dave Calhoun (chair), Global Film Editor for the Time Out Group, along with Sean Cubitt, Professor of Film and Television, Goldsmiths and Robert Rider, Head of Cinema at the Barbican – selected a shortlist comprising:

The jury also recognised and highly commended the following titles:

On behalf of the judges, Chair Dave Calhoun commented: "The jury was impressed by the variety of submissions for the prize. The eligible books straddled a wide range of approaches to popular and academic writing and represented the pleasing breadth of current publishing on cinema, including memoirs, studies of individual films and filmmakers, explorations of national cinemas and insights into particular aspects of the filmmaking craft. Each of the three shortlisted books was superbly written and researched and offered new perspectives on cinema from very different angles.”