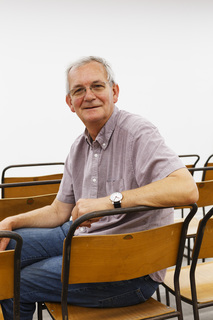 Martin Parr (b. 1952) is one of the most significant documentary photographers of post-war Britain. He has developed an international reputation for his innovative imagery, his oblique approach to social documentary, and his contribution to photographic culture both within the UK and abroad. Alongside his reputation as a photographer, Parr is known as an important collector, especially of photobooks. Over the past 40 years, Parr’s dedication to discovering and promoting the overlooked, and his support of both photographers and photography has contributed to the way the history of the medium is understood and defined. His collection of around 12,000 photobooks, one of the most inclusive photobook collections in the world, has been both gifted to and acquired by Tate with assistance from the Luma Foundation, The Art Fund and Tate’s supporters. Some of the proceeds from this acquisition have been invested in the Martin Parr Foundation.

The Foundation gallery space will be open to the public on a regular basis and will present work related to British photography as well as images by Martin Parr. The first exhibition from 25 October – January 2018 will be ‘Black Country Stories’ by Martin Parr, followed by ‘Town to Town’ by Niall McDiarmid and the David Hurn ’Swaps’ show in Spring 2018. 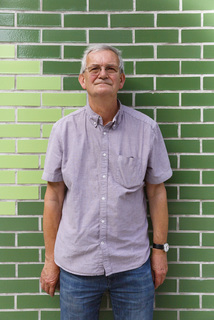 Martin Parr’s archive held by the Foundation will consist of works spanning Parr’s career from his student days to the present, including ephemera, correspondence, books and published editorial work.

The Martin Parr Foundation will offer the facility to book group visits and individual research sessions alongside a programme of public talks, educational events, book signings and seminars, all related to photography in a wider sense. Parr commented, ‘Post-war British documentary photograph continues to be underappreciated and I wanted to make a small contribution to rectify this. The Foundation will support and preserve the legacy of photographers who made, and continue to make, important work focused on the British Isles.’

Jenni Smith has been appointed Director of the Martin Parr Foundation. Six trustees have also been appointed and will meet twice a year. The Foundation is also working closely with the University of the West of England, and will exhibit the final show of their newly established MA Photography course.

The Martin Parr Foundation is open to the public from Wednesday–Saturday.

UPDATED: There is an extensive interview with Parr by Gemma Padley in the BJP which gives more background to the Foundation and its objectives. It can be read here.