The highlight of the auction is predicted to be an iconic albumen print portrait of Sir John Herschel by Julia Margaret Cameron (Cox & Ford no. 674), which is not only has excellent tones but comes from the Herschel family by direct descent through Herschel’s daughter Amelia and her husband Sir Thomas Wade. Estimated at £30,000-50,000 it is by far the highest estimated of the five Cameron portraits in the sale and times neatly with the new exhibition, Victorian Giants, opening at the National Portrait Gallery, London, on 1st March.

With the same provenance is a rare copy photograph made by John Werge in 1890 from Herschel’s own 1839 photograph of his father’s Forty-Foot Telescope at Slough, the original - now almost completely faded - being the oldest surviving photograph on glass. 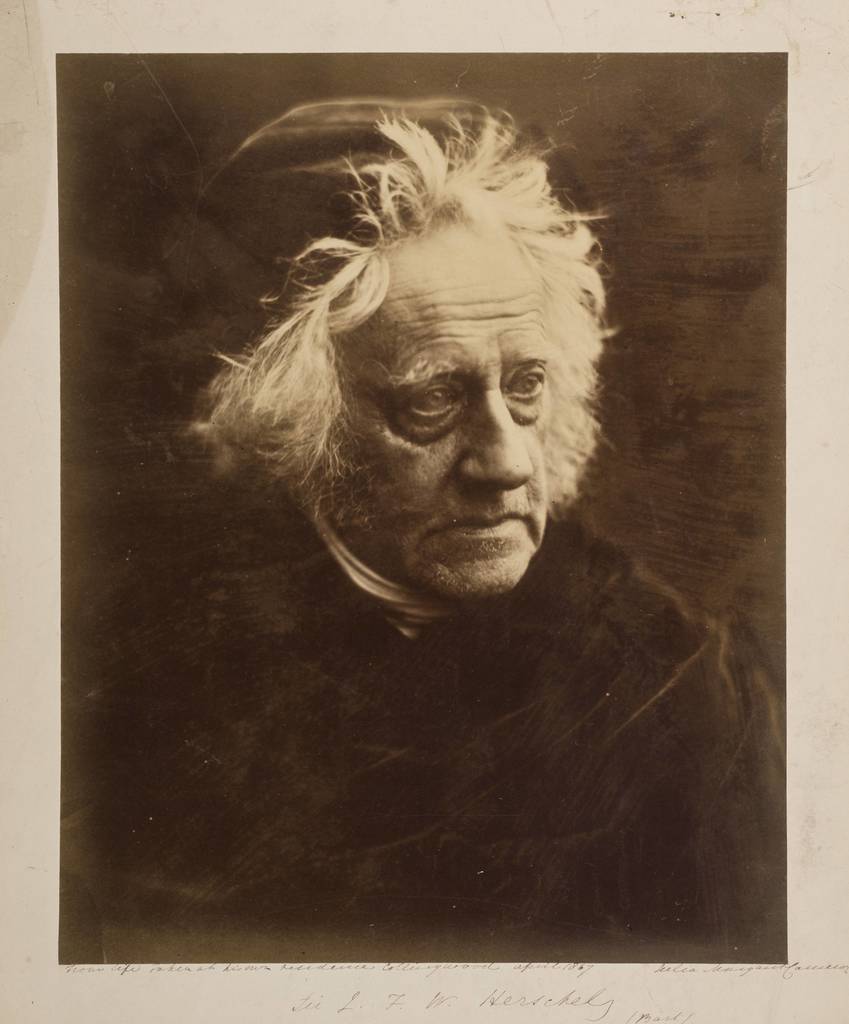 Other early big-name photographers featured with individual photographs in the sale are Lewis Carroll, Hill & Adamson, Oscar Rejlander, Fox Talbot, Francis Frith, John Dillwyn Llewelyn and Hugh Owen. Also on offer will be a rare group of 12 wax paper negatives, mid 1850s, attributed to Thomas Keith.The negatives are just one of many highlights from the John Hannavy collection to be sold in the same sale. John also contributes to the Victorian photography section with an albumen print of Julia Margaret Cameron’s ‘Love’ and a collection of 31 salt prints of the Crimea by Roger Fenton.

The end of the 400-lot sale will be devoted to John’s extraordinary collection of cased images, ranging from stereo daguerreotypes by Claudet and others through good ambrotypes and other unusual rarities, culminating with the finest private collection of union cases in the UK. Highlight of the 100+ lots in this section will be one of three known whole plate designs, ‘The Landing of Columbus’ (Berg 1-1), in superb condition, it houses a fine hand-coloured ambrotype of a young woman, and is estimated at £1500-2000. This and many of the items in John’s collection were featured in his excellent book Case Histories: The Presentation of the Victorian Photographic Portrait, 1840-1875.

The sale has a number of good travel photograph albums including two privately compiled large albums of India photographs by Sache and others, an Imperial Russia archive compiled by a British dental surgeon serving on the Eastern Front, 1916; and Herbert Ponting is represented with a collection of 131 contact prints of Captain Scott’s Terra Nova expedition 1910-1913, and in an album of 200 of his Japanese photographs, acquired from Ponting’s estate following his death in 1935. On the modern photography front are over 50 lots made up from two interesting collections of Magnum press print photographs (Henri Cartier-Bresson, Robert Capa, etc.), circa 1950; and press/exhibition print photographs of major photographers from the Colin Osman archive, circa 1970s/1980s.

Rounding out the sale are plentiful lots of cartes de visite, stereoviews, lantern slides, assorted folders and groups of material themed by subject, to include an interesting, large Dutch archive of 19th and early 20th-century travel and genre subjects. The final 19th-century curiosity is a rare French photographer’s wooden handcart from the 1890s, painted black and emblazoned in gold with the name of the photographers Guilleminot.

Printed and online catalogues will be available from 19th February. Public viewing daily from 6th March, 9-6 and morning of sale from 9am; other times strictly by appointment.