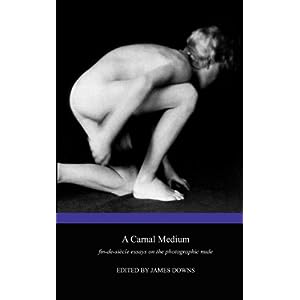 The final decade of the nineteenth century possesses a power to intrigue and fascinate that seems only to grow with time. More than a mere decade, the 1890s continues to inspire works of both fiction and non-fiction. It is a period known by many names - fin-de-siècle, Decadent Nineties, the Beardsley Years, the Yellow Decade, even the Naughty Nineties - and populated by a coterie of literary and artistic icons whose work captured the spirit of the passing age.

Despite a number of important developments in photography during this time, the subject has tended to be treated in isolation from this surrounding culture. The seven essays in this book on the subject of nude photography were published in The Studio, The Photogram or the Photographic Times between June 1893 and September 1898, and although their focus is on practical photography, the three authors make frequent allusions - veiled or explicit - to the wider world of arts and letters. A scholarly introduction by James Downs clearly shows how these essays formed part of a larger conversation about aesthetics, sexuality and representation in art at the turn of the last century.

The collection of texts includes a reprint of Joseph Gleeson White's long meditation on the photographic nude in The Studio, with the first reproductions of Baron von Gloeden's work published in the UK. There are also photos by the other authors, Robert Hobart Cust and James Rooth, Frederick Rolfe ('Baron Corvo') and others, all of which are reproduced from the original publications.

You may purchase a copy on your local Amazon site or your local bookseller will be able to order a copy from their wholesaler using the ISBN number above. A Carnal Medium can also be ordered direct from the publisher, Callum James Books, using paypal (to email address callum@callumjamesbooks.com) or by sending a cheque, made payable to "S. Martin" to Callum James Books, 31A Chichester Road, Portsmouth, UK - PO2 0AA.