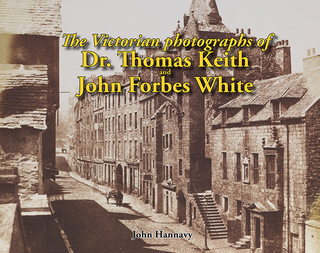 A major new study of two of Scotland's most influential Victorian amateur photographers, the surgeon Dr Thomas Keith and his future brother-in-law, miller and art collector, John Forbes White will be published in April 2015 and limited to an edition of 500 copies.

Written and researched by John Hannavy The Victorian Photographs of Dr Thomas Keith and John Forbes White explores the life and work of two of Scotland's most important early photographers. Interest in the early Waxed Paper photography of Thomas Keith and John Forbes White has increased considerably over the years and this book involves a major reappraisal of the work of these two eminent amateurs.

A great deal of significant work has been undertaken by numerous researchers on mid-19th century Scottish photography in the past thirty years, making it possible now to place the work of these talented amateurs within the much more clearly understood context of early photography in Scotland.

Examples of the superb work of both men will be drawn from collections in Europe, Canada and America, including many images rarely if ever seen before. It will be illustrated throughout in colour to capture the unique character of mid 19th century salted paper prints.

The book is 144 pages, 265 x 210mm landscape format, casebound, and with full colour illustrations of nearly two hundred images by Keith and White and their immediate circle, as well as examples of the work of the earliest pioneers of Scottish photography. It is available at a cost of £20 plus post and packing.