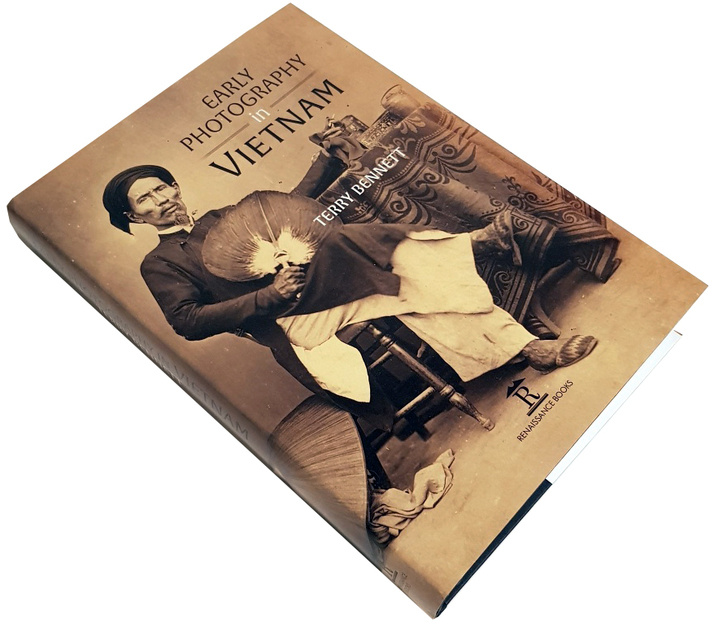 A new publication continues Terry Bennet's fascination with east Asian photography, mostly recently his three-volume History of Photography in China. Just published is Early Photography in Vietnam which is a fascinating and outstanding pictorial record of photography in Vietnam during the century of French rule. As with Terry's previous volumes the  book is carefully researched and referenced.  In more than 500 photographs, many published here for the first time, the volume records Vietnam’s capture and occupation by the French, the wide-ranging ethnicities and cultures of Vietnam, the country’s fierce resistance to foreign rule, leading to the reassertion of its own identity and subsequent independence.

This benchmark volume also includes a chronology of photography (1845–1954), an index of more than 240 photographers and studios in the same period, appendixes focusing on postcards, royal photographic portraits, Cartes de Visite and Cabinet Cards, as well as a select bibliography and list of illustrations.

Thoroughly researched and illustrated the book will be the definitive volume on Vietnamese photography up to 1954 for many years, as well as providing a structure for other researchers to build upon.