Publication: The Lindsays of Balcarres 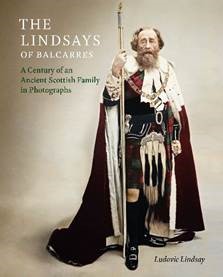 The Lindsays of Balcarres began with the rediscovery of some dusty photograph albums at the home of the author’s late father in Fife. The wealth of images within, unexplored for over eighty years, provided the perfect way to present the fascinating untold stories of the family and their lives. From a photography perspective it starts with daguerreotypes, through to collodion and more recent silver-gelatine prints.

The family, which traces its roots back to the time of Charlemagne, almost lost everything after siding with the Stuarts, but fortunate marriages, colonial endeavours and industry enabled them to create a new fortune and reclaim their position as the Premier Earls of Scotland. This renewal coincided with the birth of photography in the 1840s, which encouraged the family to capture moments of their leisure pursuits and the part they played in the events of their time. The collection serves as a social history, recording the rapidly changing industries they were involved in and the relationships with their staff on which their way of life depended.  Some of the earliest daguerreotypes in the family archive point to the enduring affinity that would develop between photography and the country house. It is the perfect medium for a family so deeply involved in both fine art and the latest technology. 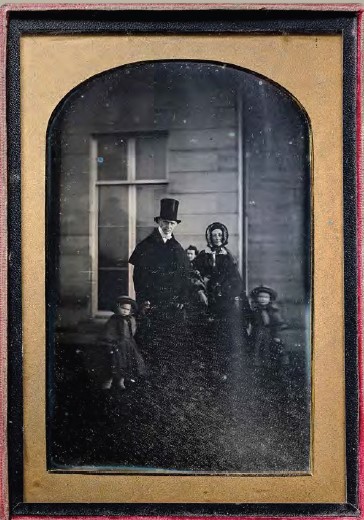 The reader will encounter a gallery of colourful characters, including Elizabeth Lindsay, who married the 3rd Earl of Hardwicke in 1782 and became Vicereine of Ireland; her great-nephew, Robert, who joined the Guards at the outbreak of the Crimean War and carried the Queen’s Colours to the heights of Alma, earning him the first of two citations for the Victoria Cross; and his brother-in- law, Alexander, the 25th Earl of Crawford and his polymath son Ludovic (shown on the front of this book), who together rebuilt the family library, Bibliotheca Lindesiana, into one of the world’s finest.

James Ludovic, known intimately as ‘Udo’ as a young man and latterly Ludovic, was surely one of the family’s most intriguing figures of the last two centuries, both in his pursuits and appearance. Amongst his many achievements, he saved the Royal Observatory of Edinburgh by giving the entirety of his scientific library, along with all its apparatus, to the observatory on condition that the government continued to fund its operation. His legacy continues to this day – the Royal Observatory of Edinburgh plays a vital role in the United Kingdom’s part in the European Space Agency while undertaking projects linked to NASA and observatories around the globe.

Ludovic Lindsay’s painstaking restoration of these remarkable family photographs and archival research mean that a chronicle of his forebears’ lives, told through three hundred hitherto unpublished images, is for the first time possible.