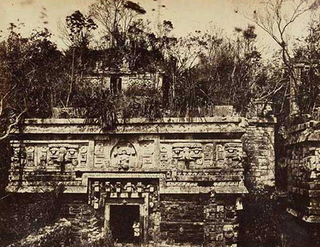 The Institut Catholique de Paris, a private university founded in 1875 in the French capital, is putting most of its collection of historical photographs from the 19th and early 20th centuries up for auction in November. The archive has been a unique resource for researchers since it was made accessible in 2000. The sale total is estimated at €750,000-€900,000, and the university intends to use the money to develop its educational programme and breathe new life into the buildings on its campus.

The university has enlisted the Parisian auction house Ader Nordman to catalogue the 200 lots, which are scheduled to go to sale at Hotel Drouot on 17 November, coinciding with the last day of the fair Paris Photo. The best lots from the sale are scheduled to go on display from 5 to 8 November at the university’s campus on rue d’Assas, Paris.
The collection has a number of rare lots including a series of 13 photographs of the Holy Shroud of Turin from different angles, estimated at €15,000-€20,000 for the set, and a series of unique life-size gelatin silver prints of the shroud in its entirety, estimated at €8,000-€10,000 for the set, both created by the Italian photographer Giuseppe Enrie in 1931.

The rest of the story can be found here.

Photo: Among the works being sold is an out-of-print album of 45 photographs of Central America’s ancient ruins taken by the French traveller and archaeologist Désiré Charnay between 1857 and 1860, estimated at €200,000-€300,000.