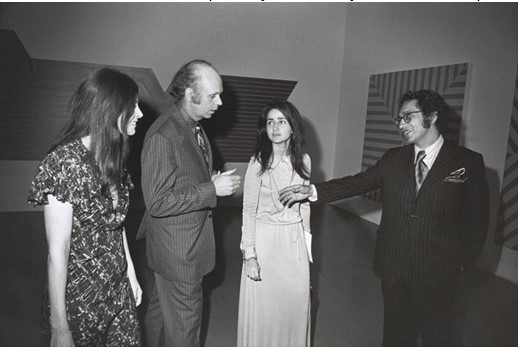 Skewed, cynical, and socially ambiguous, the photographs of Garry Winogrand epitomised the experimental style and irreverent attitude of post-war American street photography. This, along with the support of the Museum of Modern Art and its influential director of photography John Szarkowski, granted his work a significant presence in New York’s art world during the late 1960s and ‘70s. However, at the height of his fame, Winogrand turned his camera back on this world, producing a withering depiction of the exclusive art openings, functions, and balls held at institutions such as MoMA and The Metropolitan Museum of Art during the Vietnam war. In a seemingly bizarre development, this body of work would go on to be exhibited at MoMA in 1977 – alongside his shots of protests, sporting events, and press conferences – putting the museum’s institutional framework on display within its walls.

Simon Constantine's paper will consider the extent to which this exhibition and its accompanying photobook, Public Relations, can be understood as evidence of a little-recognised strain of institutional critique within Winogrand’s street photography. In doing so, it will seek to offer a non-formalist understanding of American street photography as a practice forged in dialogue with the wider post-war avant-garde. It will also attempt to explain the presence and status of these apparent critical tendencies within the work of an otherwise establishment photographer.

Simon Constantine is Lecturer in History of Photography at Birkbeck, University of London. His work addresses street photography and recent documentary photography, with a particular focus on large-scale projects and photobooks which seek to map, criticize, or conceptualize the contemporary global economy. He has presented papers at SOAS, the University of Birmingham, Roma Tre University, and the Institute of Historical Research, and worked as an editor for the journal parallax. His writings have been published in the Oxford Art Journal, Arts, and The Burlington Magazine.