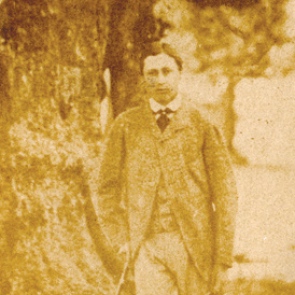 In 1850, a British missionary known only as Bridges arrived at the Finn home to recover from the loss of his wife and daughter, who had been killed by a crocodile while on a mission to Africa. Bridges was a friend of William Talbot, one of the pioneers of photography; when Finn heard from the visiting missionary about the new technology, she asked for a camera. An enormous camera soon arrived and Finn set off to capture the first celebrities of Jerusalem - men of the cloth, consuls, dignitaries visiting the city, local nobility, Jews and Arabs.

A red hard-backed photo album with 51 photographs belonging to Finn has been uncovered by Dr. Nirit Shalev-Khalifa, a curator at Jerusalem's Yad Ben-Zvi Institute, during the course of her research. Most were taken by Finn herself at a studio she set up in her home. One photo captures Prince Albert Edward who visited in April 1862.

Local 19th & 20th century photo albums will now be used to broaden research efforts into the history of the area. Israel has already invested NIS 1.2 million in this project, which aims to preserve national heritage by digitising and archiving hundreds of thousands of photographs.

This latest photo album is set to join the nation's treasure trove. The full news report can be found here.