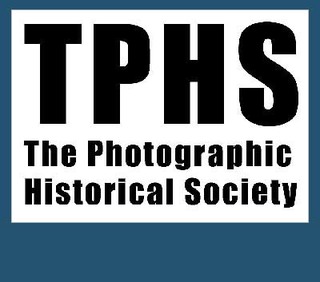 George Eastman is known for three major things in the course of his development of Eastman Kodak Company as the leader in the world of photography. One was mass production for which he introduced with his production of the Eastman – Walker roll holder in 1894. Second was his attention to research and chemistry, demonstrated by his millions of dollars donated to the “Massachusetts Institute of Technology”. Third was his attention to marketing and specifically to advertising. In 1892 he hired Lewis Bunnell Jones as his first marketing person and began advertising his products in the major magazines of the day.

Another device used extensively by Eastman were product catalogues. Beginning in 1885, Eastman listed the products of his companies with details of the items and their prices. As useful as the Kodak catalogs were to buyers of photographic supplies in the early days of photography, they are essential to modern day collectors to understanding the details of the products themselves and to understanding the marketing strategies of George Eastman.

From 1885 through 1941, more than 70 catalogues were published. Almost every amateur camera made by Kodak was illustrated in these booklets, which serve as guides and checklists for collectors today. Add some of the “Professional Catalogues” which began in 1895 and virtually all the Kodak photographic materials are available for study. Since the early 1970s, researchers and collectors of Kodak cameras and ephemera haunted antique shops, bookstores and photographica flea markets seeking catalogues for their own libraries and collections.

The idea of making the catalogues widely available to modern collectors has been discussed for years, especially by those who were fortunate enough to have collected large sets. In 2008, Charlie Kamerman published an almost complete set of catalogue covers on his website, kodakcollector.com. In 2010, Steve Shohet and others began to discuss, seriously, gathering a complete set of the catalogues, scanning them, and providing them to collectors. But it was Charlie, who owned virtually a complete set, and Milan Zahorcak who had a scanner and the available time, who said, “let’s do it - start scanning.” Within weeks all the catalogues, in their entireties, were published on Charlie’s website.

Later, as word of the project got around, the earliest catalogues were made available from the collections at George Eastman House and Ryerson University in Toronto. Private collectors added a few more. Mike Kessler contributed scans of his gorgeous, leather bound 1891 catalog featuring tipped in photographs of Kodak Girls taken by the earliest stringset Kodak cameras. Finally, the scans were placed on a DVD. With an introduction by Kodak historian Dr. George Layne, Charlie Kamerman produced copies of the DVD with plans to distribute them to registrants of PhotoHistory XV in Rochester on October 22, 2011. Dr. Layne will be delivering an illustrated lecture about Eastman’s catalogues as part of the symposium.

Details of the symposium can be found here or here.