The Royal Photographic Society and The Macallan Unveil Joint Partnership 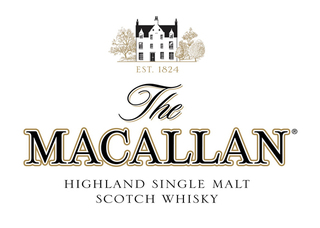 Founded in 1853, The Royal Photographic Society is the world’s longest established Photography Society. It was granted its Royal patronage by Queen Victoria in 1894, and a Royal Charter in 2004. It remains one of the most prestigious and well-respected societies to this day, with membership across the world.

By supporting the Awards for the next three years, The Macallan will cement its growing commitment to the photographic world as well as working in partnership with The Society to develop the Awards in the longer term. Membership of the Society is diverse and varied across both professional and amateur spectrums enabling The Macallan to play its part in encouraging the rich seam of talent, expertise and innovation of photographers, educationalists, and imaging scientists.

The Macallan 2011 Royal Photographic Society Awards which take place in September, will recognise individuals who have made a significant contribution to the art and science of photography. From recognising achievements in the advancement of photography, education and research, through to technical excellence and the ultimate accolade, the Centenary Medal for sustained, significant contributions to the art of photography, the Awards support and celebrate every aspect of the photographic industry and its thriving community.

Last year’s recipient of the prestigious Royal Photographic Society Centenary Award, Albert Watson Hon FRPS, was recently involved in a unique collaboration with The Macallan. The partnership began when Watson was invited by The Macallan to weave a visual narrative of the long journey made from acorn to glass to eventually produce a rich and complex Single Malt. The stunning end result was a series of platinum prints partnered with an exceptional limited edition 1946 Macallan

Commenting on the partnership, Ken Grier, Director of Malts at The Edrington Group, said, “Working with, and supporting, The Royal Photographic Society is a natural progression for The Macallan and testament to our increasing presence, passion and innovation in the photography sphere. The Society itself is an ideal partner given its rich history, professional excellence and world leading authority in photography. Our commitment in this area is for the long term and the Awards give us the opportunity to work with the very best, at the highest levels to ensure complete integrity and excellence.”

He continued, “Building on our work with both Rankin and Albert Watson, we recognise and respect the power of stunning photography in capturing the essence of The Macallan brand and telling different and intriguing stories through this medium.”

She added "The most recent Masters of Photography collaboration was with Albert Watson HonFRPS, The RPS Centenary Medal winner in 2010 . The Centenary Medal recognises a sustained contribution to the art of photography at the highest level with previous recipients including Annie Leibovitz (2009), Martin Parr (2008), Don McCullin (2007), David Bailey (2005) and Elliott Erwitt (2002)."