Five unique Kinora reels - a form of early moving picture - have been digitised by the National Library of Scotland and made available online. The work started in 2009 and the reels show the fishing fleet and industry in the Scottish town of Wick in north-east Scotland from the early 1900s. Although the Kinora is best known for the published reels and viewers that were sold in Britain c1900-1915, it also offered a Kinora camera and service to make up amateur reels from c1908.  The Kinora history extends back to 1896 when it was patented by the Lumière brothers and it went through several iterations before it came to Britain. 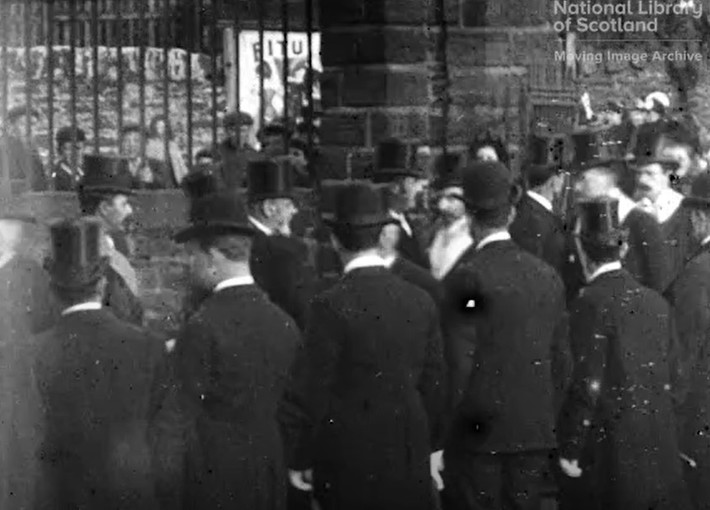 The NLS notes: In 1989 a Kinora Viewer together with a collection of reels was given to The Wick Society for display in the Wick Heritage Museum. The reels contained local scenes and events dating between 1897 - 1910 [sic]. It was originally believed that these reels formed part of The Johnston Collection, also preserved by the National Library of Scotland Moving Image Archive, however we now think that they could be the work of a contemporary local photographer John G. Humphrey.

The digitised reels can be seen here: https://movingimage.nls.uk/film/4627?search_term=wick&search_jo...

Read more about the history of the Kinora in Barry Anthony's The Kinora motion pictures for the home 1896-1914 (The Projection Box, 1996).