Research: Elgin Marbles - Who was the photographer for Mansell & Co.? 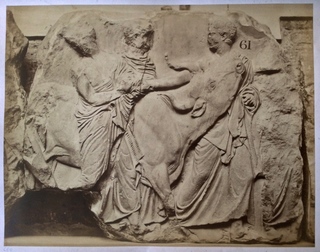 Here are 3 albumen prints of what I assume are sections of the Parthenon Frieze in the British Museum. There are tiny oval blind stamps within the images -I can only read 'Mansell & Co.':

Would anyone know who the photographer was?

Were these part of a published portfolio or book?

Any information would help. 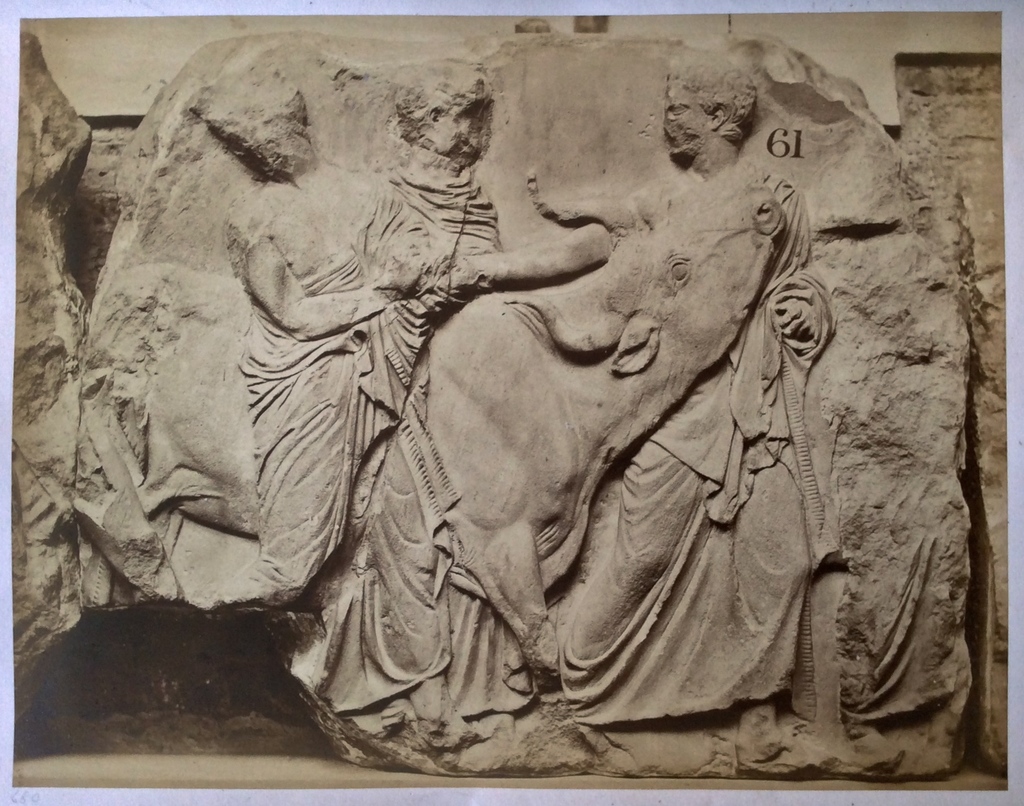 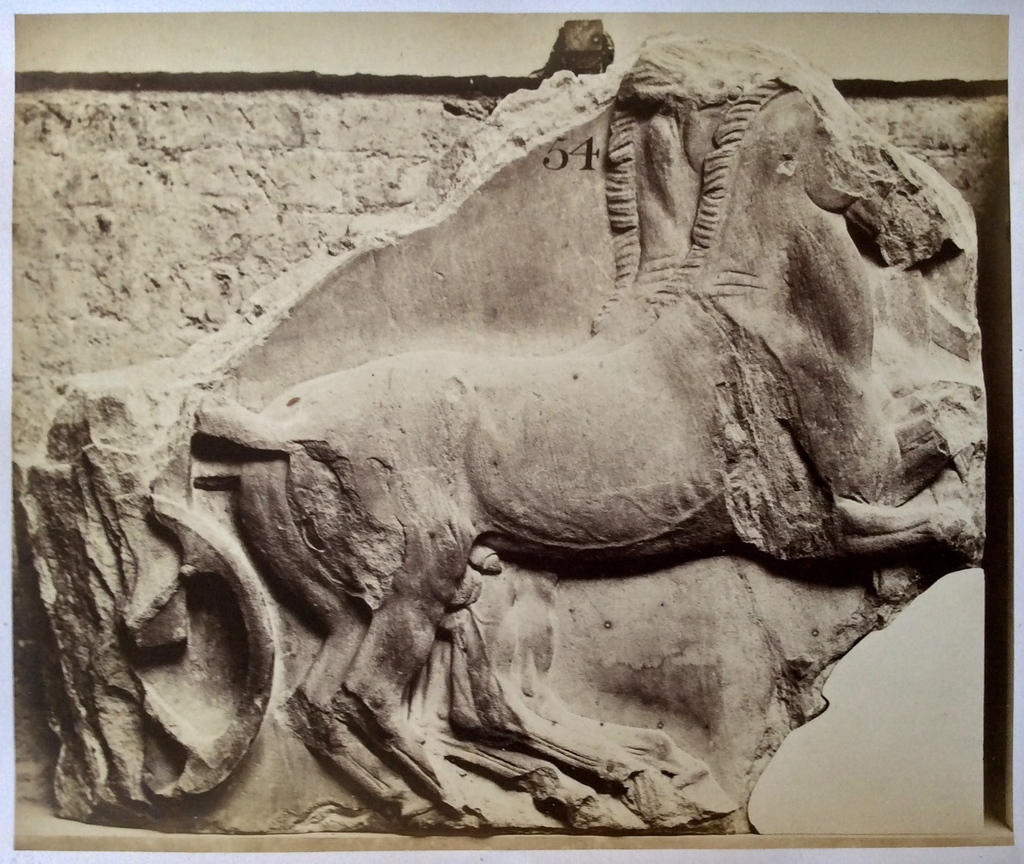 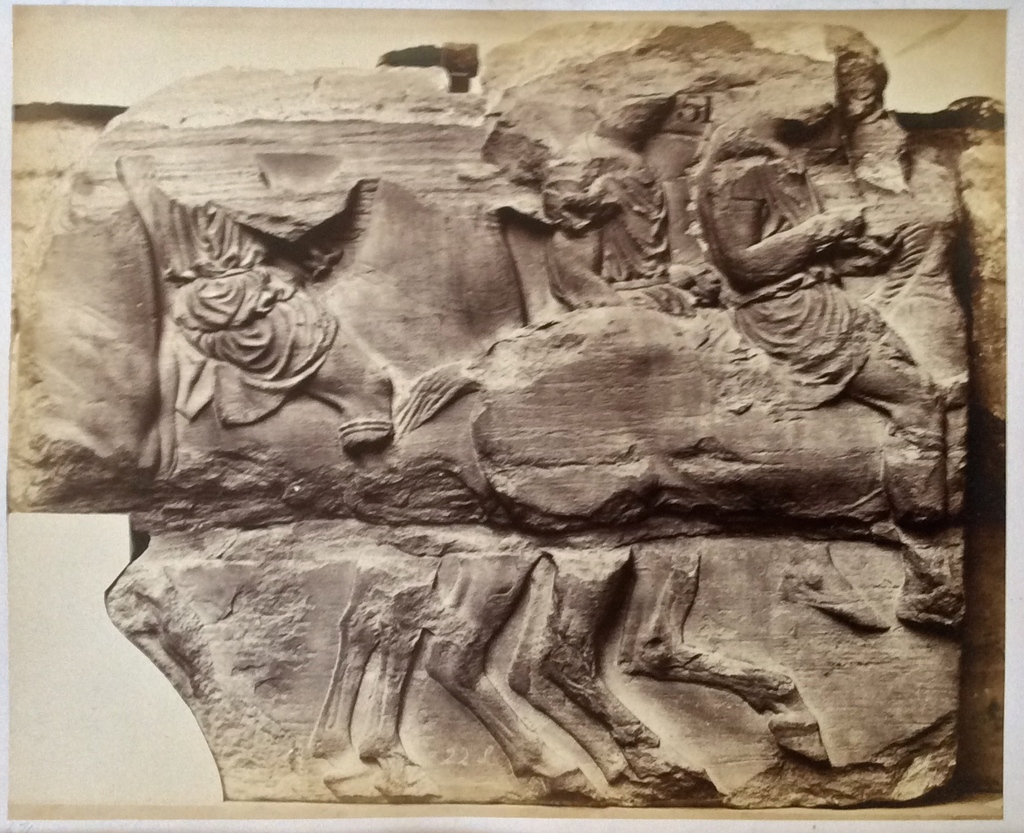 Thank you so much for the wonderful information!

I had no idea that these obscure prints could generate both so much enthusiasm, and incredibly thoughtful and educated responses from members!

It seems that the Mansell collection has just been scattered, which is a shame, because I feel Thompson was such a talented photographer.

Hi..just posted a long comment..but not sure where its gone! Briefly again I worked at Mansell Collection in Nottinghill in 1974-5 before joining NPG and glad to see interest in William Mansell's activities

Very interested to read this thread about William Mansell and his publication of these British Museum photographs. My first job before I started at the National Portrait Gallery in Oct 1975 was at the Mansell Collection where I worked for a year. THe Mansell Collection also owned E.O.Hoppe's archive and the work of his agency Dorien Leigh. The Mansell also held a lot of prints by Alinari of Italian fine art and acted as their agency in the UK which fitted well with the Mansell BM prints. We got a lot of requests from picture researchers for BM photographs by Mansell which always suprised me however at the time the BM's picture library acted very slowly and peiople prferred the quicker service from a commercial library that could give immediate access to BM items rather than many weeks delay. The collection as noted was acquired by Time Life and I hope the original fine Mansell negatives survive. The sale was negotiated by Graham Howe of Curatorial Assistance as he had an interest in acquiring the Hoppe archive as part of his contribution towards the sale. I organised the first Hoppe retrospective in 1978 at the NPG to mark his centenary and more recently assisted Phillip Prodger

with his exciting new research on Hoppe's Street photography and aspects not covered in the first show. Prodger is now NPG's Head of Photographs and I am continuing in an advisory role  part-time  co-curating a show for next July on Audrey Hepburn. I hope more research can be done on Mansell as a fine art photographer or publisher

A printed catalogue of the BM Mansell photographs is available in the British Library: 'Catalogue of a Series of Photographs from the Collections of the British Museum. Taken by S. Thompson. First Series' (W. Mansell & Co., London, n.d.). pp. xlviii-xlix gives prices for the various formats (loose, mounted, various styles of albums) in which the photographs could be purchased. Evidently a later publication that the catalogue cited by Ken below: here prices for single unmounted prints have risen to 2 shillings.

Anthony, yes, the prints are cropped about 1 inch outside the photos. I was wondering why there were no numbers/titles. Thanks for the Info!

See that Steven Joseph and Ken Jacobson (together with Michael Pritchard) have given full details.

Just wondered whether the 3 photographs have had their mounts trimmed/cropped.  Usually plate number and caption can be found on the prints from the Mansell series.

It is indeed strange that there is such a lack of information about Thompson's work with the British Museum.

Dear Steven, Thank you so much for such valuable information!

Exactly what I was looking for.

I can confirm that the photographer is indeed Stephen Thompson and the publisher W.A. Mansell & Co. The prints were issued as part of the British Museum's Grecian Series in 1872. The Elgin Gallery comprises prints numbered 619 to 700, as follows:

The Eastern Pediment of the Cella of the Parthenon 693-698

The Western Pediment of the Cella of the Parthenon 699-700.

Source: Catalogue of a series of photographs, from the collections of the British Museum. (Photographed by S. Thompson.) Part IV. By S. Birch, Keeper of the Department of Oriental Antiquities, British Museum. Grecian. London, W.A. Mansell & Co., no date, pp. 53-62.

The prints were issued at 1 shilling each, unmounted. Mounted prints are also encountered, with Birch's relevant catalogue entry tipped in as a printed slip on the mount.

For further details, I would suggest the study room at the British Museum's Department of Prints and Drawings as a first port of call : http://www.britishmuseum.org/about_us/departments/prints_and_drawin...