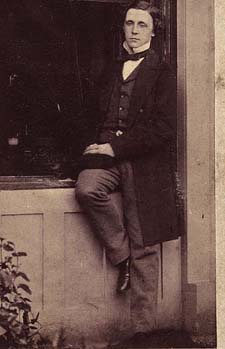 Lewis Carroll was born Charles Lutwidge Dodgson, on January 27 1832. On July 4 1862, a bright summer's day, Carroll and a university colleague, Canon Robinson Duckworth, took Alice, Lorina and Edith Liddell on a boat trip and picnic along the river Isis. It was on these river trips that Carroll developed his interest in photography and he soon began doing portraits of the Liddell girls. Many of the portraits he took, can be seen at the National Media Museum in Bradford. You will need to telephone in advance to arrange to view a large collection of his photography.

The National Portrait Gallery is also an important holding for photographs either taken by or featuring Carroll. He began taking photographs in 1856 and was soon producing far less stilted and artificial portraits than those taken by many professional portraitists of the time. 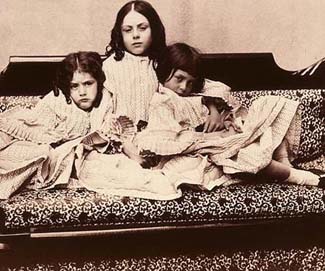