LH: Definitions are not for me to assign any real value to. I think of myself as a portrait photographer. That is to say, I      photograph people in the context of some aspect of their environment. Sometimes I’ll call myself a social documentarian.   And then, frequently, I’ll be at an event working directly alongside news photographers. Of course, the day after a     photograph is in a newspaper then, that photograph becomes a documentary photograph perhaps even with some     historic value.

Q: How do finance your work?

LH: I essentially earn my living from selling to collectors, museums and from grants from arts funding bodies and photographic    companies. I also get commissions from various organisations, for example, the UK Trades Union Congress asked me to   do the photography for a poster campaign they ran about low waged workers.

Q: What inspires you?

LH: I’m inspired to photograph directly from events in the world. I read as many as twenty - thirty different newspapers a month    from many countries. The web has made this much easier than ever so often spending a couple of days in a library as I used to do.

I’m not very prolific and can work on independent projects for many years. I’ve never been an adventurer and so, after     researching something, perhaps for a year or so, I decide that it’s important, then I’ll continue with it. I very well might be    wrong about its importance, but I’ve got to feel that something is important. 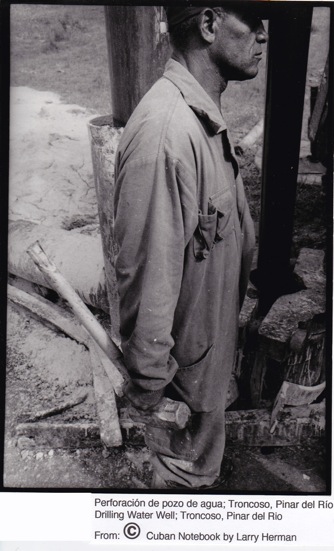 A single photograph has to be lean, it can’t be about too much, but must link into that evasive “something” universal. There are   many photographers who may very well feel things deeply. We have to be able to transcend those feelings and     ultimately, make photographs with our intellect.

Q: Which of your photographs would you describe as your favourite?

LH: There is perhaps only a handful that I continue to like through the years. Quite frankly, my “favourite” images are those    coming from projects I’m currently working on. How I define ‘”favourite” is constantly changing.

Q: Are there photographers who have influenced tour work?

Still photography is not related to cinema in my opinion. It’s nearest relation is poetry in that both art forms have an extraordinary capacity to be very explicit about a very specific thing. So, I read poetry all the time.

Q: And what projects are you working on now?

LH: There are two and I’m beginning to develop a third.

I’ve been documenting Londoners who are paid by the hour (waged) for more than seven years. Wars and the extreme     degradation of the environment certainly mark our time, but the fundamental characteristic of our period in history is the extraordinary migration of people throughout the world.

According to the Population Division of the United Nations, virtually all population growth, expected in the world during the next 30 years, will be concentrated in urban areas. Also, in 2007 and for the first time in human history, the number of  town and city dwellers equalled the number of people living in the countryside. So, by now, there are certainly more people living in towns and cities than in the Earth’s rural areas.

Another phenomenon also marks our epoch. Throughout the industrialised world, the majority of adult women are now in    paid work and are working outside the home.

The other long - term project I’ve been working on is about “industrial Cuba”. I started shooting it a couple of years ago and I’m really just at the very beginning. The Cuban government and the country’s people are withstanding economic and    frequent violent blows against it, primarily from United States governments of the last fifty - four years and now, the     imprisoned “Cuban 5” are in the forefront of defending Cuban independence and self determination.

I’ve just begun researching a project about the political situation in northern Mali. I’ve been reading and having meetings    about Western Sahara, the Polisario and some sections of the Tuareg people.

Q: You are very busy! What else do you do?

LH: If I were just a photographer then I would stop being a photographer. I’m an active trade unionist and sit on various national    organisations including the Cuba Solidarity Campaign executive. I’m also secretary of the tenants’ association      where I live.

Of course, we all have to think socially, but must learn to act politically. I’ve never been an adventurer with a camera or a    tourist. As a photographer, I want to tell the world what I think of it and, as an activist; I want to contribute to its social     change based upon human solidarity.

Q: When did you come to Britain?

LH: I emigrated in 1968 from New York during the Vietnam War and I’ve lived here ever since.

While still sculpting, I’d borrow a photographer friend’s camera and using it felt very comfortable and natural from the very    beginning. I still remember when I first looked through a viewfinder and it was magical.

Q: What was it like when you first arrived in the UK?

LH: My concern was the Vietnam War and expressing solidarity with those people fighting the Americans. My partner, a Welsh    woman, had given birth to a girl, soon after coming to the UK and that was wonderful. I was also trying very hard to     discover how to become a photographer. There were an awful lot of new things going on - a new country, a new child    and a new craft. And, all in the context of the tumultuous times of the 60's and 70's.

We didn’t succumb to eating cat food but it was a hard time. One day I just wandered into Norman Hall’s office at The Times. He was the then picture editor and you could simply knock on someone’s door in those days.

As I had lied to many Fleet Street editors that I had a trunk full of my work coming from the States, I also pulled that one with Norman and he called me out. He wagged his finger in my face and told me to stop lying and to wait a minute and left the office. He came back in several bewildering minutes and gave me 650 rolls of film and told me that he didn’t wasn’t to see me for a year. I suppose there are still a few young photographers out there getting breaks, but it’s hard to imagine that sort of things happening today.

Well, I returned to see Hall exactly year to the day and he started using my work. Paris Match and Life also published my    photographs and I started having exhibitions and rapidly became a self - confident photographer.

Q: What were the events that propelled you into political activism?

LH: Beyond doubt it was the American Civil Rights Movement and the Second Wave of the Feminism and the Anti Vietnam War   Movements that grew out of the fight against legal racism and American apartheid called Jim Crow. When I was about    seventeen a friend took me to hear Malcolm X speak in Harlem. I was the only Caucasian in the hall and I heard     Malcolm X say some very reasonable things and I believed he was talking to me.

Throughout all this intense activity and upheaval, I was still motivated by anger at what passed for civilisation but hardly    had any alternative to advocate. This came, as with generations before me, through my experiences in Ireland. I spent a   lot of time there, photographing primarily in the North, during the war, called The Troubles. Those years were truly a    “university of struggle” for me.

I saw and photographed very brave people who not only hated the status quo, but were collectively organising against it and had a very good idea of where they wanted to go. I already knew that change was necessary but was taught by the North of Ireland people that change was indeed possible.

Q: What do you feel about art school training today?

LH: Schools and colleges don’t exist in isolation and reflect the neo - liberal ideas that dominate our world. Teaching is imbued with notions of “all is ok in art”. Of course, learning all about handling and manipulating machines and materials to force    them to obey the will of the maker of something, is imperative. There is something very much more important that is lacking.

Many of those students were talented but couldn’t articulate why they wanted to be photographers - what they wanted to do with their newly acquired skills. Very understandably, their entire experience was derived from the post - modern and    neo-liberal world they were born into. This isolation and singular view was nurtured by the whole orientation of the     degree course and badly equipped the men and women to have anything to say about the world. 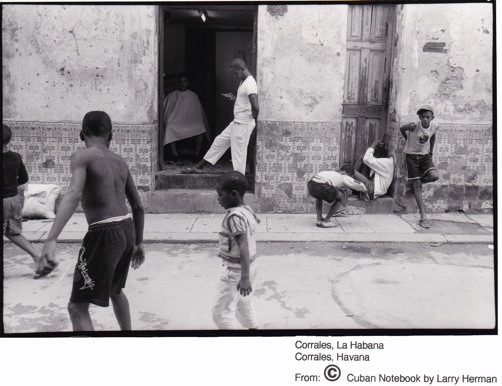 Q: What boundaries should a photographer be pushing forward?

LH: Most photography is used to illustrate copy. For example, go through any newspaper today and a photograph might be half or a third of the page and the photographer’s by-line frequently will be four point feint running up the side while the writer’s  name is in fourteen point and in bold. The incidental appreciation of photographs is something the journalist’s union, the NUJ, should be organising to change.

Photographers have to learn self confidence in that we have something to say and that image making has its own rich visual   language. I don’t think most documentary and news photographs are very good. I may like a specific image but, mostly, they are boring because they don’t offer insights into the subject photographed. It’s, “here’s a report of a demonstration and here’s a photograph of the report.” Photographers should start with, “what do I want to say about an event and how do I best do that!”

Q: What equipment do you use?