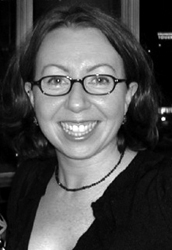 Anne M Lyden has been appointed International Photography Curator at the National Galleries of Scotland, based at the Scottish National Portrait Gallery, Edinburgh. The job was advertised earlier this year (see: http://britishphotohistory.ning.com/profiles/blogs/job-internationa...) and interviews were held in May.

Lyden's last day at the Getty Museum was on Thursday and she thanked colleagues for '18 wonderful years' on her Facebook page which was quickly liked by over 60 people. An official announcement from the NGS is due after the Edinburgh Festival. BPH has

known of the move since late June but had been asked to refrain from publishing by the NGS. As the news is now in the public domain and widely known BPH has taken the decision to publish.Those who know Lyden have widely welcomed the move with one person calling it 'awesome' and have commended the NGS for the appointment.

The SNG photography collection consists of 863 images and the Photography Gallery, refurbished in 2012, is named The Robert Mapplethorpe Photography Gallery in recognition of a $300,000 donation from the Mapplethorpe Foundation. The funding will, over the next three years, be used to support innovative displays, exhibitions, research and related publications in the new space.

Lyden is currently an Associate Curator at the J. Paul Getty Museum, Los Angeles.  She is one of seven curators in the Museum's Department of Photographs, which was established in 1984 and has a collection of approximately 100,000 objects emphasizing the first 150 years of the medium. Contemporary photography has become increasingly relevant to the Museum's mission and all staff participate in portfolio reviews to inform themselves about current practices while critiquing work and offering insights into the manner in which large institutions like the Getty may spend several years following the career of an artist before committing to 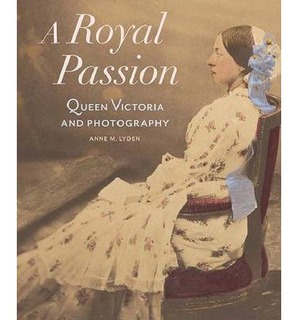 acquisitions or an exhibition. Lyden has been a reviewer for Atlanta Celebrates Photography; Review LA, Los Angeles; Palm Springs Photo Festival; and PhotoNOLA in New Orleans.Her final exhibition A Royal Passion. Queen Victoria and Photography will open at the Getty in 2014.

A native of Scotland, Lyden received her Master of Arts degree in the history of art from the University of Glasgow and her Master of Arts in museum studies from the University of Leicester, England.  Since joining the Getty in 1996, she has curated numerous exhibitions drawn from the Museum's permanent collection, including the work of Hill and Adamson, P.H. Emerson, Frederick H. Evans, John Humble, and Paul Strand.  She is the author of several books including,Railroad Vision: Photography, Travel and Perception (2003), The Photographs of Frederick H. Evans (2010) and A Royal Passion. Queen Victoria and Photography (forthcoming, 2014).

This is splendid news for us in Scotland, and thank you for publishing it, Michael!

But may I just query the collection count? When I left the National Galleries three years ago, the collection was a mite bigger than 863 images, so unless the NGS have had a fit of tidiness in the meantime, there should be something closer to 40,000.