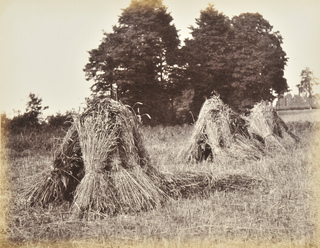 Dominic Winter's spring Photography auction comprises 225 lots and is strongest on 19th-century material with good albums and collections featuring Asia, India, Africa and Europe. Highlight of the sale is an album of 79 Hugh Owen photographs (lot 370, slideshow link available on request). The albumen prints were made in the 1870s from the original paper negatives of the early 1850s. This ‘Canon Cole album’ has not been at auction before having been fortuitously given to Bristol photographic historian Reece Winstone in 1962 since when it has remained in his family’s hands. A number of the photographs are reproduced in Winstone’s Bristol’s Earliest Photographs (1970) but many of these ‘art’ photographs are unknown as salt prints, making this a unique and important treasure trove carrying an estimate of £20,000-30,000.

Friday 17 April from 9am

Earlier times by appointment only