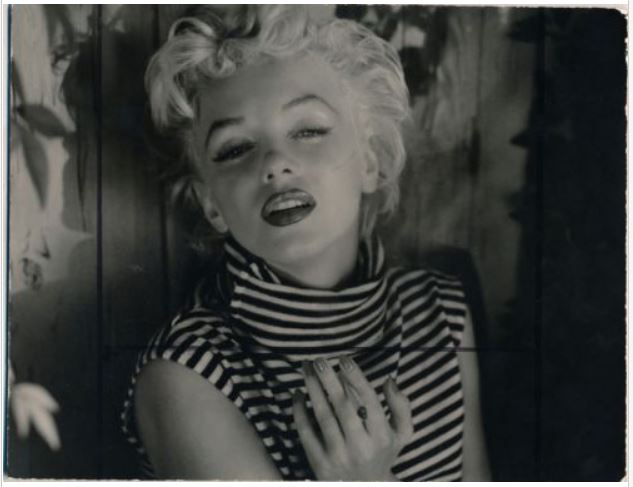 The legendary Marilyn Monroe is captured in full splendor by society- and appointed court photographer of the British Royal Family Baron (Stirling Henry Nahum) - whose career started in photographing ballets at Sadlers Wells Theatre in London and whose real breakthrough came in 1947 photographing the wedding of Prince Philip and Princess Elizabeth.

The photograph bares the stamp of Baron stating his legendary studio address Park Lane in London - where for example Anthony Armstrong-Jones was assistant before having a very prominent career of his own. The entire collection of Barons photographs was donated to the National Portrait Gallery after his early death at 50 years old.

The auction lot on eBay can be seen here: https://tinyurl.com/yc2gculu