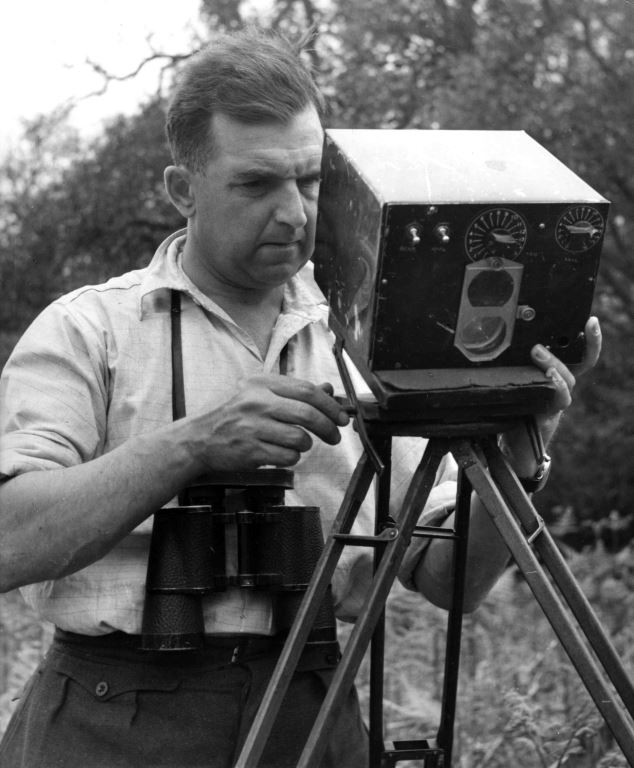 Tennants Auctioneers will be auctioning the library, pictures and camera collection of Eric Hosking OBE Hon.FRPS FBIPP (1909-1991), in its forthcoming Books, Maps & Manuscripts sale being held on 24 November 2021.

The collection is being sold by Eric Hosking’s son David, who is himself a professional photographer and collaborated extensively with Eric. Until recently he was with his wife Jean co-director of the Frank Lane Picture Agency, overseeing the management and licensing of Eric’s photographic archive. The collection contains a set of 30 original signed photographs by Eric Hosking, which are being sold in small groups to benefit the Eric Hosking Trust, with every group being offered with a complimentary copy of Eric Hosking’s Classic Birds (1993), each one of 1,000 copies signed by David Hosking. There are also signed copies of Eric Hosking’s own books including Which Bird? (1998), Just a Lark! (1984), Wildlife Photography (1973), Antarctic Wildlife (1982), and Eric Hosking's Waders (1986), together with items such as Guy Mountfort’s Portrait of a Wilderness. The Story of the Coto Doñana Expeditions (1958), inscribed by Mountfort and Viscount Alanbrooke to Hosking, who was the photographer on the expedition and whose photographs illustrate the book. Most books in the library contain Eric Hosking’s owl bookplate, recalling the famous incident in which he lost an eye to a tawny owl at the age of 28.

Eric Hosking is a name which will require little introduction for ornithology enthusiasts. The first professional bird photographer, he photographed over 1,800 species, and his pictures have appeared in some 800 books, including the popular New Naturalist series, of which he was photographic editor. His technological innovations include the use of flash photography for birds, and the invention of an electronic trigger-mechanism for ultra-high-speed photography of birds in flight. He was also the first to photograph owls in the wild, and famously lost an eye to a tawny owl at the age of 28, an event which proved no measurable hindrance to his career. The incident later inspired the ingenious title of his autobiography, An Eye for a Bird (1970), the foreword to which was written by HRH Prince Philip. 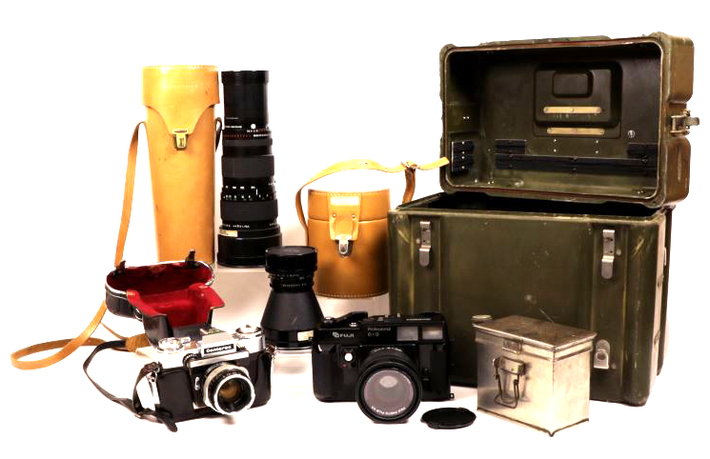 Eric Hosking's centrality to the world of ornithological publishing is captured by a variety of outstanding presentation copies of books now up for sale, by figures including Peter Scott, Roger T. Peterson, Denis Healey (a keen amateur photographer) and David Attenborough, many with highly personalised and admiring inscriptions. Further highlights include excellent copies of Godman's Monograph of the Petrels (1907-10; estimate £1,500-£2,500), Legge's History of the Birds of Ceylon (1880; £1000-£2000), and J. G. Millais's Mammals of Great Britain (1904-6), inscribed by Millais for the illustrator G. E. Lodge, and subsequently inscribed by Lodge for Hosking (£300-£500).

To complement his library, Eric Hosking also built a fine collection of pictures by leading 20th century wildlife artists including Archibald Thorburn, Keith Shackleton and C. F. Tunnicliffe. The sale of his photographic equipment provides an unmissable opportunity to own a remarkable array of high-quality cameras, lenses and other apparatus by manufacturers including Contarex, Hasselblad and Zeiss, and will give skilled users the chance of recreating his photographic feats.

Offered together in a single sale, Eric Hosking’s library, pictures and camera collection will evoke the life's work of a true pioneer and represent a major event in the year’s auction calendar.

An illustrated catalogue will be available on the Tennants website leading up to the sale: www.tennants.co.uk