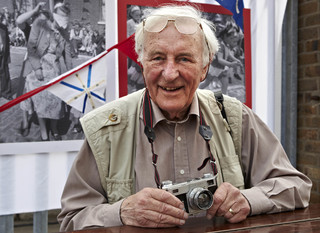 A new 60-minute documentary for ITV1 follows the residents of one East London street as they attempt to turn back the clock and re-enact a street party held for the Coronation to the last detail. Part of the programme recreated Picture Post photographer John Chillingworth's 1953 classic photograph with John using the same models of cameras that he had back in the 1950s. John comments: "I can remember being there, now again, looking at the pictures… it is like yesterday.”

From tracking down the original party-goers, piecing together peoples’ memories of the day Morpeth Street held its party in 1953, to recreating the original Spam sandwiches and photographs, what unfolds is a fascinating look into the lives of people in post-war Britain.  One of the main obstacles facing the 2012 party’s organisers is that the street has changed beyond all recognition – where there were once Victorian terraced houses now stand 1960s tower blocks. Narrated by Sarah Lancashire, the factual documentary charts how Morpeth Street resident Ruth Scola teams up with other locals to bring the street party together and shows the parallels between life in 1953 and 2012. Ruth’s fellow organiser Elaine Embery says: “We are trying to recreate exactly what happened 60 years ago, so I would really love you all to get involved. Sandwiches, yes. Bunting, yes. I want you all to get on your telephones, try and get people who were involved at that time. If not try to get involved yourself because getting together and doing something like this would be wonderful.”

Many of the people in the photos taken by Picture Post photographer John Chilllingworth no longer live in the area. But then-teenage waitress Ruth Scola’s father put the original event together.  “Well, he started it up and we didn’t think it would be anything like this. When the Picture Post came down, we thought ‘Hello, what’s going on here then?’ It worked out wonderfully really, it was really lovely.” 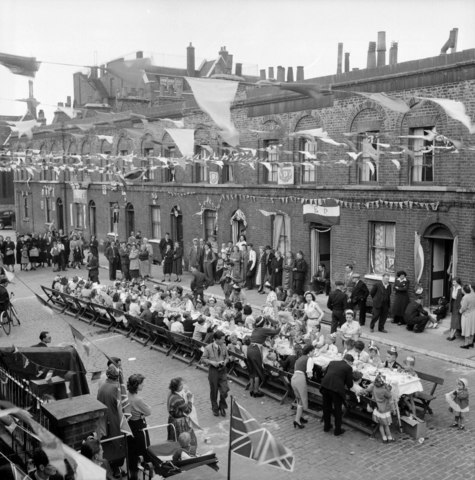 Britain Then and Now,