At a ceremony today an English Heritage blue plaque to the photographer Camille Silvy (1834-1910) and the painter John Linnell (1792-1882) was unveiled on the outside of 38 Porchester Terrace, Bayswater, London W2. The building was Silvy's former studio. 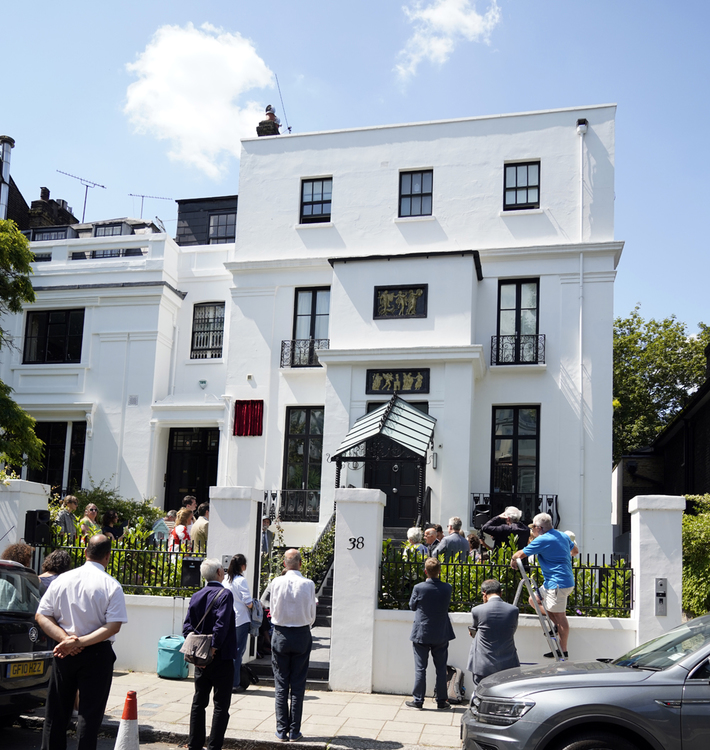 The unveiling brought together photographic historians and curators from many of the major British photography collections to hear Mark Haworth-Booth (shown bottom, left), the former V&A Museum curator of photography and author of Camille Silvy: Photographer of Modern Life 1834–1910 and Camille Silvy River Scene, France and Paul Frecker (shown bottom, right), the dealer and collector, talk about SIlvy and his studio. The blue plaque was unveiled by Dr Tristram Hunt, Director of the V&A (shown right).

He learned photography from his friend, Count Olympe Aguado, in 1857,[1] and became a member of the Société française de photographie in 1858. He then moved to London and opened a portrait studio at 38 Porchester Terrace, Bayswater, becoming a member of the Photographic Society in 1859. Sitters in Silvy's portraits include Princess Mary Adelaide of Cambridge, Queen Emma of Hawaii, Lady Amberley, Harriet Martineau, Adelina Patti, Sara Forbes Bonetta and Frederick Robson. He also photographed many members of the British royal family. 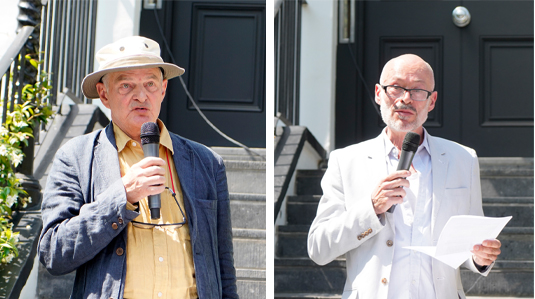 The National Portrait Gallery, London, holds his studio's daybooks, which include details of some 17,000 sittings, with about 12,000 of these showing an image from the sitting.

He closed his studio and returned to France in 1868. He himself believed that his nervous system had been damaged by exposure to potassium cyanide in the darkroom but it more likely that he suffered from manic depression. The last thirty years of his life were spent in a succession of hospitals, sanatoria and convalescent homes. Read more at: https://en.wikipedia.org/wiki/Camille_Silvy