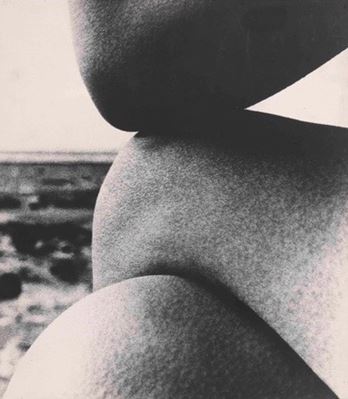 The photographer Bill Brandt (1904-1983) and sculptor Henry Moore (1898-1986) first crossed paths during the Second World War, when they both created images of civilians sheltering in the London Underground during the Blitz. Taking these acclaimed ‘shelter pictures’ as a starting point, this major exhibition will trace for the first time the parallel and intersecting careers of these two important artists of the 20th century.

Organised in partnership with the Yale Center for British Art, the exhibition will bring together over 200 works including major sculptures, iconic photographs, drawings, little-known photo collages, unprinted negatives and rare original colour transparencies. Bill Brandt | Henry Moore will reveal the interdisciplinary range of these two artists, exploring how they both responded creatively to the British landscape and communities during the turbulent times in which they lived.

The exhibition will open with the moment the artists met in 1942 when Brandt photographed Moore in his studio to accompany a 10-page spread in Lilliput magazine juxtaposing the two artists’ shelter pictures. Brandt was a regular contributor as a photojournalist to Lilliput, a magazine known for its innovative photographic features, and this issue was the first time the two artists’ work was shown side-by-side.

Both artists were often drawn to similar subjects - leading up to and during the Second Word War, there was a focus on ordinary people, the home and labour. Brandt’s bleakly evocative photographs of impoverished mining communities and families in the North of England taken in the late 1930s reflect social deprivation. Moore’s later sketches documenting the civilian war effort at his father’s colliery in his home-town of Castleford, although similar in theme, present a more optimistic view.

Sculptures such as the 1944 bronze Family Group show a connection between Moore’s shelter drawings and his depictions of family groups, a subject he often returned to in both sculptures and drawings. In the 1950s Moore made a series of works which used similar groupings of figures, poses and drapery as those seen in the shelter drawings, presenting the familial members as one body, melded together in bronze or in the grey wash of a drawing.

In contrast with the densely populated, often claustrophobic, urban subjects explored during the war, Brandt and Moore both later turned to nature and the light-filled open landscape as a primary source of inspiration. A significant section of the exhibition will look at both artists’ enduring interest in rock formations, geological artefacts, and megalithic sites, such as Stonehenge. Brandt’s photographs of Stonehenge will be presented alongside Moore’s lithographs of the same subject, examining how each artist chose to capture the enigmatic nature of the site.

This section of the exhibition will also explore the importance of found natural objects to the development of both artists’ later works, including a little-known relief sculpture by Brandt, made from pieces of flotsam he collected on the beach. Objects from Moore’s extensive collection of shells, pebbles and bones, which he kept in his studio as source materials will also be on display. These he sometimes collaged together with plasticine into small figurative sculptures, sometimes scaling them up into full-sized standing and reclining figures, such as Reclining Figure (Bone) 1975.

The exhibition will reveal the important relationship for both artists between 2D images and 3D objects. Moore will be presented as a sculptor and draftsman who made a serious commitment to photography both as a creative medium and a means of presenting his work. On display will be little-known photographs of his sculptures, drawn on and collaged together to develop new ideas for future sculpture. Brandt will be revealed as a photographer who looked to sculpture as a subject and as a way of considering nature, landscape, and the human body, as exemplified by a series of rare colour transparencies of sculptural rock formations on the beach.

Bill Brandt | Henry Moore will also examine the complicated relationship between pictures and objects, between ‘primary’ works of art and ‘secondary’ published images used as an important means of disseminating their work to a wide public, and the material nature of the printed photograph.

Simon Wallis, Director of The Hepworth Wakefield said: ‘We are delighted to be working with the Yale Center for British Art on this major exhibition that presents side-by-side for the first time, the work of Bill Brandt and Henry Moore. These two important artists, born only 10 years apart, were both commissioned by the UK government in the 1930s – Brandt as a photojournalist and Moore as a war artist – and subsequently supported by the British Council, developing significant reputations internationally. Both artists had a fascination and poetic sensibility for capturing the spirit of place and it is particularly poignant to be presenting this exhibition in West Yorkshire, where Henry Moore was born and grew up.’