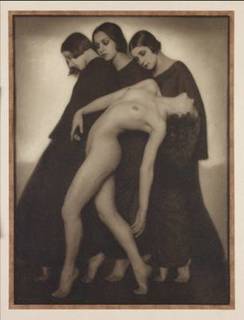 Treasures from the world’s oldest surviving photographic society are to go on display in South Kensington, the site of one of the UK’s first ever public exhibitions of photography. Drawn by Light: The Royal Photographic Society Collection  will show at the Science Museum's Media Space gallery from 2 December 2014-1 March 2015 and then at  the National Meidia Museum from 20 March-21 June 2015. It will tour to the Reiss-Engelhorn-Museen, Mannheim, Germany in 2017.

In 1858, the Royal Photographic Society (RPS) held an open exhibition at The South Kensington Museum, which later became the Science Museum and the Victoria and Albert Museum. Pioneers of photography whose work was exhibited at this first show from Roger Fenton to Lewis Carroll and Hugh Welch Diamond will now be displayed in Media Space alongside remarkable images from some of modern photography’s most influential figures such as Don McCullin, Terry O’Neill and Martin Parr.

This exhibition will also showcase key artefacts from the history of the medium – Nièpce heliographs, Talbot’s camera lucida sketchbook, The Pencil of Nature (the first commercially published book to be illustrated by photographs) and seminal images such as Oscar Rejlander’s The Two Ways of Life. Founded in 1853, as the Photographic Society, The RPS began making acquisitions following Prince Albert’s suggestion that the society collect photographs to record the rapid technical progress of photography. The society and its membership have developed over time, with its collections now holding some of the greatest examples of photography and photographic equipment and ephemera across all genres and eras.

Now held at the National Media Museum, Bradford as part of the National Photography Collection, the RPS Collection is one of the most important and comprehensive photographic collections in the world, with over 250,000 images, 8,000 items of photographic equipment and 31,000 books, periodicals and documents. It continues to expand today under the management of the National Media Museum, with acquisitions of contemporary work by present members and RPS Award winners.

Co-curated by Colin Harding, Curator of Photography and Photographic Technology at the National Media Museum, and Claude W. Sui, Curator and Stephanie Herrmann, Associate Curator of the Forum of International Photography of the Reiss-Engelhorn-Museen, Mannheim, Germany, this exhibition is the first major London show highlighting the contents of this internationally-renowned collection.

Revealing the stories behind some of the most famous photographers and their photographs, Masters of Light will feature exquisite landscapes, still lives, nudes, portraits, photo-reportage and composites from some of the art’s most important practitioners, from William Henry Fox Talbot to Ansel Adams and Madame Yevonde to Edward Weston.

Colin Harding, Curator of Photography and Photographic Technology at the National Media Museum, said: ‘The Royal Photographic Society Collection is one of the greatest resources for the study and appreciation of photography anywhere in the world. Working with this collection is daunting but it is also an incredible privilege. The collection reveals how photography has fundamentally shaped our perception of the world and illustrates photography’s enduring power, richness and variety over nearly two hundred years of innovation and creativity.’ 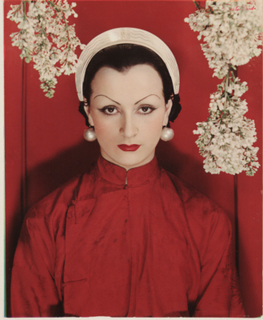 Claude W. Sui, Curator and Head of the Forum of International Photography of the Reiss-Engelhorn-Museen, Mannheim, Germany, said: ‘As a curator it is a dream to work with these tremendous items from The Royal Photographic Society Collection. There is a fascinating contrast of well known and unknown treasures by the same photographers all belonging to one of the oldest existing photographic societies, which shows a wide range of different categories from landscape, architecture, portrait, journalism to experimental and artistic approaches. A whole range of photographers are represented, as are all the significant movements from the history of photography; from the beginning of the form to the present, from pictorial photography to the trend for straight photography, the new vision, the new objectivity. Immersing oneself in the depth of this collection is like diving for pearls – it’s an exciting adventure to bring to light the highlights and the hidden treasures.’

Michael Pritchard, Director-General, The Royal Photographic Society commented:  ‘The RPS Collection is one of the world’s outstanding photography collections and The Society is excited that the public in the UK and Germany will have the opportunity to see highlights in two very special exhibitions. There is nothing like seeing original photographs and objects, and those being shown, covering both the art and science of photography from the 1820s to the present day, are amongst the best anywhere.’

Drawn by Light: The Royal Photographic Society Collection is the third major exhibition to open in Media Space and the exhibition is presented in collaboration with the Reiss-Engelhorn-Museen, Mannheim, Germany where the exhibition will go on display in 2017.