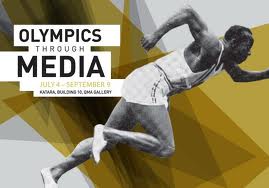 Olympics Through Media traces the evolution of the modern Olympics through the development of photography and motion pictures from the eighteenth century to today has opened in Doha. The exhibition, organised to coincide with the 30th Olympiad in London, and is a collaboration between the Qatar Olympic and Sports Museum and the Qatar Museums Authority’s Media Collections department.

Around 200 exhibits including a series of rare archive documentaries and films of the Olympic Games since 1896 as well as a collection of media equipment used in those days to capture sporting events and activities during Olympics, are being featured in the exhibition. The exhibition also include historical Olympic objects, photographs and photographic equipment and other visual imagery to place sports and media in a broader context.

All of the historical artifacts and visual materials being showcased at the exhibition were sourced from the collection of the Qatar Olympic and Sports Museum as well as the QMA’s media collection. 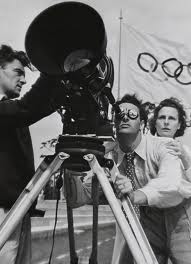 Despite that both the modern Olympic Games and motion pictures emerged in 1896, the synergy between the Olympic games and the media did not grow into worldwide phenomena it is today until the advent of television. The Olympic Through Media exhibition showcases milestones of co-evolution of Olympics and media such as the first Olympic Games that were broadcast on coloured television in Mexico City in 1968 and the first Olympic Games that utilised the Internet in Atlanta 1996.

Major exhibits being featured include one of the last 10 surviving first motion picture machine Kinetoscope invented by William Kennedy Laurie Dickson and Thomas Alva Edison and manufactured by Edison Manufacturing Company, US in 1894. The machine numbered 141 was one of the 50 such machines shipped to London in September 1894 and was used to capture the first and oldest motion picture made in 1894, which lasted only 20 seconds.

Speaking at a press conference yesterday, Qatar Olympic and Sports Museum director Dr Christian Wacker described the exhibition as first of its kind in the world, which is bringing stories from the two fields of media and sports together. “The exhibition tells new storyline never been told before and the information they contain can’t be found elsewhere as the materials are researched and developed by the team in Qatar,” he noted.

The exhibition will open daily before and after the month of Ramadan from 9am-12pm and 5pm -10pm.
On Fridays timings are from 7pm-12am. During Ramadan timings are 9am to 12pm and 7pm to 12 am from Saturday to Thursday and from 7 pm to 12 am on Friday.