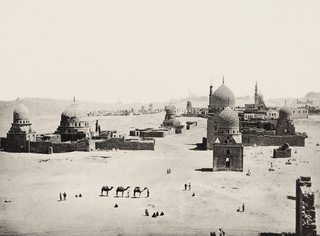 In the 19th century the East represented the realm of exoticism, fantasy and mystery. Literature and painting in particular used the lands beyond Europe as canvases for fertile explorations of the unknown and unlimited boundaries for imagination. By the latter half of the century, however, several pioneer photographers travelled to the Middle East and North Africa, bringing back to Europe and North America images that captured the idea of the exotic.

Whether in search of Nile temples, the Holy Land or Berber costumes; whether amateurs or pilgrims; whether part of scientific missions or commercial ventures, these photographers all sailed to harbours such as Algiers and journeyed through central cities like Cairo or Damascus. At a time when western political and military involvement in the near east was at a high, the photographs taken helped to convey an idea of chaos and disorder; of insalubrity and a lack of self-governance in the region.

This exhibition at the Canadian Centre for Architecture’s Octagonal Gallery runs from 30th January 30 to 25 May 25, and further details can be found here.