Exhibitions: Two Cameron shows to open in the autumn 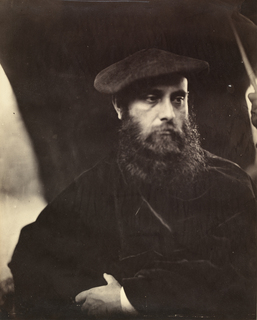 Two new exhibitions devoted to the Julia Margaret Cameron open later this year – the bicentenary of her birth - in London’s Media Space at the Science Museum and at the Victoria and Albert Museum.

The Science Museum exhibition, which will include the only existing print of her iconic portrait Iago, is drawn entirely from the world’s largest collection of Cameron’s photographs, held in the National Photography Collection - including The Royal Photographic Society Collection.

Exploring the vibrant life and genius of the trailblazing British artist, the exhibition will feature unique objects including a daguerreotype portrait (the first known image of Cameron) and her camera lens (the only piece of her photographic equipment known to survive) from the RPS Collection. Also on display will be handwritten notes from the original manuscript of her autobiography Annals of My Glass House, personal letters by Cameron and others and a selection of extremely rare photographs taken in Sri Lanka during her final years.

A key element of the exhibition will be one of the National Photography Collection’s greatest assets: The Herschel Album, compiled by Cameron in 1864 as her finest work to date and a gift to her friend and mentor, the scientist and photographer Sir John Herschel. Representing for many the finest album of Victorian photography, it was the first photographic item to be placed under an export ban and saved for the nation in 1975. This marked a major milestone in the classification of photography as art and vindicated Cameron’s artistic aspirations for her medium. The V&A will showcase more than 100 of Julia Margaret Cameron’s photographs from the Museum’s collection. The exhibition will offer a retrospective of Cameron’s work and examine her relationship with the V&A’s founding director, Sir Henry Cole, who in 1865 presented her first museum exhibition and the only one during her lifetime. Cameron sold and gave many photographs to the South Kensington Museum (now the V&A) and 150 years after first exhibiting her work, the Museum will display highlights of Cameron’s output, including original prints acquired directly from the artist and a selection of her letters to Henry Cole. Cole’s 1865 diary will be on view, along with the only surviving Cameron portrait of Cole. The exhibition will also include the first photograph to be identified of Cameron’s studio, which has never before been exhibited.

Cameron’s bold portraits of influential artistic and literary friends, acquaintances and family members including Alfred Tennyson, Thomas Carlyle, William Holman Hunt and several striking photographs of her niece Julia Jackson, mother of Virginia Woolf, both revolutionised photography and immortalised the Victorian age. Her purposefully unconventional approach, using a lack of sharp focus and technical faults to harness photography’s expressive power, instilled feeling and energy into her images and became a hallmark of her style despite fierce criticism from the photographic press.

Kate Bush, Head of Photography, Science Museum Group said: ‘Julia Margaret Cameron is deservedly regarded as one of the founding figures of modern photographic portraiture. The range of her work, from tender, naturalistic observation, to dramatic staged tableaux, anticipates every subsequent approach to the genre. Her closely framed faces, bold, expressive and minimal, are as radical and visionary as the woman who created them.’

Julia Margaret Cameron: Influence and Intimacy will run from 24 September 2015 to 28 March 2016 in the Virgin Media Studio, Media Space, Science Museum, London. Full details of the exhibition and its events programme can be found at www.sciencemuseum.org.uk/mediaspace

Julia Margaret Cameron will show at the V&A from 28 November 2015–21 February 2016 in Gallery 100. It is accompanied by a book by curator Marta Weiss. See more here: http://www.vam.ac.uk/content/exhibitions/julia-margaret-cameron/abo...