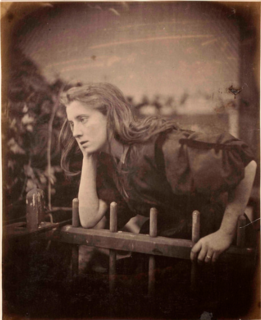 Arts Minister Michael Ellis has placed a temporary export bar on Images from the Life (the Norman Album), by Julia Margaret Cameron, to provide an opportunity to keep it in the country. The extraordinary collection of photographs is at risk of being exported from the UK unless a buyer can be found to match the asking price of £3,700,000.

This is the second time that the album has been before the Reviewing Committee: on 7 July 2013 it considered an application to export the Norman Album of images. The Committee concluded that the album satisfied all three Waverley criteria and the application for an export licence was withdrawn. The album was being offered for sale by Hans P Kraus Fine Photographs at the Maastricht Fair that year.

The album was, later, being offered at PhotoLondon in 2016 consigned for sale by the lineal descendants of Julia Margaret Cameron’s daughter, who was given a set of the best of her mother’s prints bound together in a special album which has been preserved by her family. Arranged in a single sequence from front to back, it includes some of her finest and best-known portraits, including her niece Julia Jackson (the mother of Virginia Woolf), scientist and polymath John Herschel, poet Alfred Tennyson and famed naturalist Charles Darwin.

Apart from the aesthetic and historical value of the individual photographs, the album itself is a labour of love, representing a very personal selection of works chosen and sequenced by the artist herself and intended as a gift for her beloved daughter – whose gift of a camera introduced Cameron to photography. 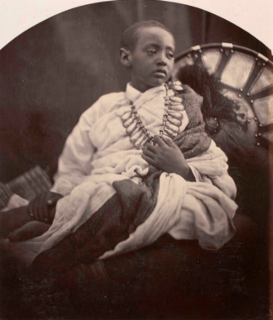 Between 1864 and 1869, Cameron assembled a number of albums for her family, friends and close acquaintances. She embraced the album format, seeing it as an expressive medium which allowed her to present herself and her work in an artistic way.

It is impossible to ascertain exactly how many albums she made but ten are known to have survived and each is different: designed to be meaningful to the individual recipient.

Each album represented hundreds of hours of work and was assembled with enormous care and considerable thought as to how the images were to be viewed.

Julia Margaret Cameron (1815-1879) pioneered the portrait photography format and became known for her striking portraits of celebrities of the time, as well as for photographs with Arthurian and other legendary or heroic themes.

As well as containing extraordinary depictions of some of the most famous faces of the age, this wonderful album is of outstanding aesthetic importance and significance to the study of the history of photography.

I would be delighted to see this unique album on display in the UK, where the public can enjoy and admire it.

The decision to defer the export licence follows a recommendation by the Reviewing Committee on the Export of Works of Art and Objects of Cu..., administered by The Arts Council. 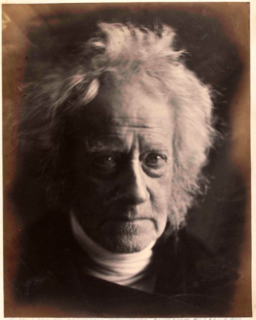 This magnificent album compiled by Julia Margaret Cameron for her daughter contains exceptionally beautiful prints of many of Cameron’s most famous and important images.

Cameron was, during her brief career of twelve years as a photographer, criticized for her unconventional techniques as well as lauded for the beauty of her images. She wished ‘to ennoble Photography and to secure for it the character and uses of High Art by combining the real and the Ideal and sacrificing nothing of the Truth by all possible devotion to poetry and beauty.’

This album undoubtedly both heralds and commemorates the dawn of serious portraiture through the medium of the lens.

The RCEWA made its recommendation on the grounds of the album’s outstanding aesthetic importance and significance to the study of the history of photography and, in particular, the work of Julia Margaret Cameron – one of the most significant photographers of the 19th century. 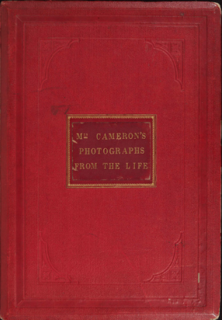 The decision on the export licence application for the album will be deferred until 5 May. This may be extended until 5 September if a serious intention to raise funds to purchase it is made at the recommended price of £3,700,000.

Offers from public bodies for less than the recommended price through the private treaty sale arrangements, where appropriate, may also be considered by Michael Ellis. Such purchases frequently offer substantial financial benefit to a public institution wishing to acquire the item.

Eleven albums are now known since the discovery of the Val Prinsep Album in 2013
http://www.sothebys.com/en/auctions/ecatalogue/2013/english-literat...