Fairly recently I acquired a large and interesting album that appears to have been compiled by a British family managing a tea plantation in India, possibly around Tamil Nadu and Kerala. The photographs are a mixture of personal photographs, most likely taken by an enthusiastic amateur,and (presumably purchased) professional photographs by people such as Baker and the Nicholas brothers. The only photographs I can date for sure are from the early 1870s (Madras cyclone images from 1872) but as these are towards the end of the album some of the other images may well be from the 1860s.

This is a very long shot but I'd appreciate input anyone can give as regards:

1. The identity of the family

Here is a large format group shot of the family and their friends taking tea. I believe the compiler of the album is the lady third from left. 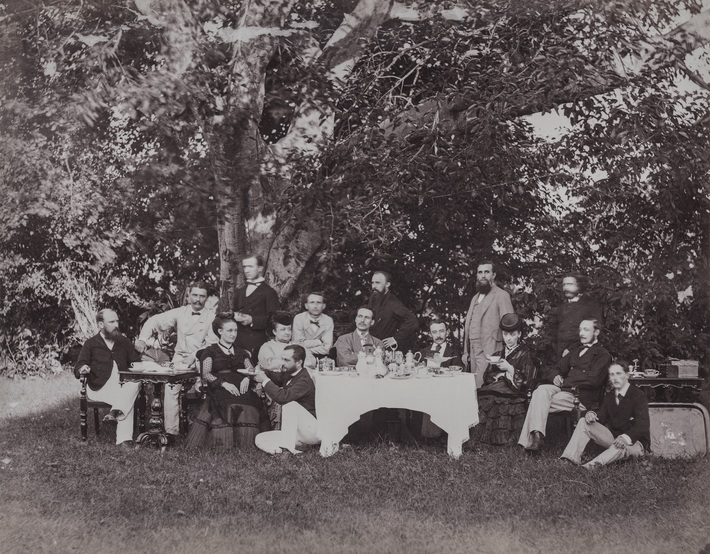 2. The identity of the photographer responsible for this small format posed image. 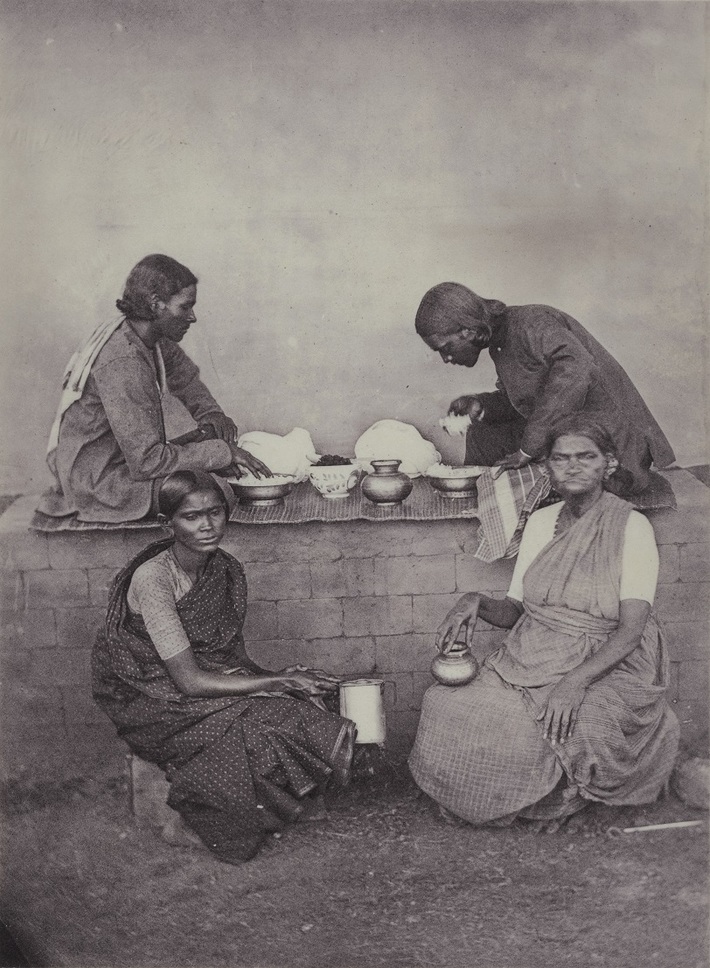 There are several photographs similar to this in the album. I have found images on the interent that look vaguely similar but they don't seem to be from the same photographer.

There are many other photographs in the album I could ask about but this is a start.

Hi Martin
I'm in the process of digitizing a similar album that I acquired last year, this one is from a Scottish family who were managing a tea plantation in Ceylon between 1880 and 1900. The album also contains several Scottish prints by Frith, Valentine and Wilson

I have an interest in tea history in India and have forwarded these two examples to a friend who worked in the industry in Assam in the 1960s. I'll let you know if he has any comments.