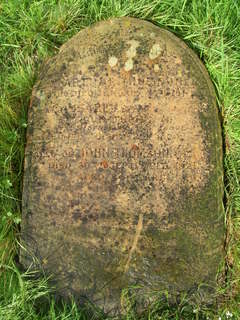 Scottish photographer, John Thomson, was one of the first to extensively document the Far East between 1862-1872.  He photographed in China, Thailand and Cambodia, publishing his images in a series of books. In association with Adolphe Smith, he produced the seminal book Street Life in London (1876-77), a visual and written survey of the people of London.

His photographs provide a rich and lasting visual record of the Far East and closer to home. It is fitting that his grave is restore to renew memorial to a remarkable man and his work.

A new exhibition of Thomson's photography China and Siam Through the Lens of John Thomson has opened at the Brunei Gallery, SOAS, London and is on view until 23 June 2018.

Hi - have you contacted The Streatham Society for local support? http://www.streathamsociety.org.uk/

Happy to donate. Ive just written an essay for the Peranakan Museum Singapore  on how Thomson's style and concept of street photography began in Singapore. Sorry to be old fashioned but I have to join justgiving to donate.

I cant bear to give yet another crowd sourcing body  my details - is there an alternative way to send money? Maybe Ill see if I have any GBP left  from my last trip and post it!