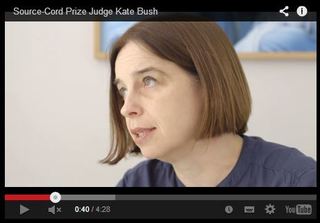 Curator, Kate Bush, who was at the Barbican, London for eight years is joining the National Media Museum and Media Space as Head of Photography. In addition to her overall role she will have particular responsibility for acquisitions and touring exhibitions. The announcement was made by Jo Quinton-Tulloch, Director of the National Media Museum, at an exhibition opening last night.

Bush left her post of Head of Art Galleries at the Barbican in September 2013 'to develop a range of independent curatorial projects for galleries in the UK and internationally.' At the Barbican she curated the well regarding exhibition Everything Was Moving: Photography from the 60s and 70s (2012-13).

Her roles include Head of Art Galleries, Barbican (2005-2013); Head of Programming at The Photographers’ Gallery (1997-2004); Editorial Director (Art and Photography) at Phaidon Press; and Deputy Director of Exhibitions at the ICA, London (1992-1997). She curated the major anthology exhibition, In the Face of History: European Photographers in the 20th Century (2005). Bush has judged a number of international prizes including: the Turner Prize (Tate, London), the Hasselblad Award (the Hasselblad Foundation, Gothenburg), the Deutsche Borse Prize, and the Future Generation Prize (Viktor Pinchuk Foundation, Kiev).

Bush acted as judge for the Source-Cord prize see: http://source.ie/sourcephoto/?p=2556 and Source's website carries an interview with her.