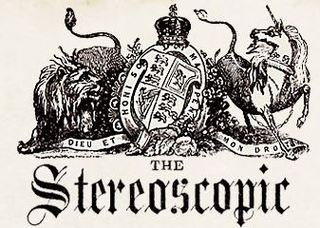 The London Stereoscopic Company has announced a series of UK lecture dates where Denis Pellerin, Dr Brian May and others will be giving talks on different aspects of stereoscopy. The tour commences in Manchester in September and will conclude in London in November. Further dates may be added .

Title: Gardens for the Duchess

Title: Stereoscopy: A visual revolution of the Victorian era

Brian May and Denis Pellerin

Title: Sir Charles Wheatstone and the craze for the stereoscope

Two talks, one about the former 3-D conference (2015) and the other one (20 min) about the quest for 3-D and motion combined

Denis Pellerin (and Brian May if available)

Talk followed by a book signing of Brian May and Denis Pellerin’s book Crinoline, Fashion’s Most Fashionable Disaster. .