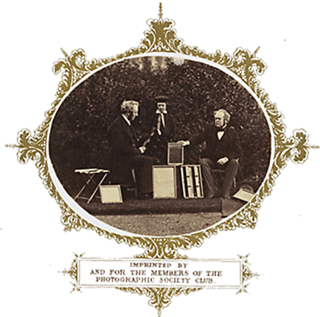 De Montfort University has published two new online resources: Members of the Royal Photographic Society 1853-1901 which provides the most comprehensive source of information on some 3000 Photographic Society and RPS members to 1901; and Roger Fenton’s Crimean letterbooks which publishes faithful reproductions and transcripts of letters sent originally by Roger Fenton and subsequently copied out by family and friends during his "Photographic Trip to the Crimea" in 1855.

There is additional work taking place on the RPS members to extend the date range and to add further biographical information on those listed.

A research database containing individual records for over 20,000 photographic exhibits drawn from forty exhibition catalogues published between 1839 – 1865. Most of the images created by Fenton in the Crimea are listed.

The Correspondence of William Henry Fox Talbot is a comprehensive database of all the known letters to and from Talbot (1800-1877), the Wiltshire polymath best known for his invention of photography. It contains over 10,000 letters.

Roger Fenton's letters from the Crimea is a collection of all 25 of the known letters written by Roger Fenton during his pioneering wartime photographic expedition to the Crimea.

Exhibitions of the Royal Photographic Society 1870–1915. Catalogue records from the annual exhibitions.

The journal of Amélina Petit de Billier was written in French, with a few entries in English or Italian. It has been preserved at Lacock Abbey since she wrote the last volume in 1835 and is now being transcribed and translated for the Fox Talbot Museum with the permission of the owners of the journal, Janet Burnett–Brown and Petronella Burnett–Brown of Lacock Abbey.

Comment by Rachel Bullough on May 1, 2014 at 19:05
I'll join Kelley with the Congratulations Michael. I love your database and it will be very useful for me and for everyone. Also my warmest Congratulations to you all at Du Montfort for the Fenton Letters! Both are great and so user friendly - welcome additions to your already excellent collection of databases! Thank you Stephen! What's next?

Congratulations on the publication of the RPS members. This is a much needed resource and I'm sure it will be heavily used. Even a short cruise through it indicated that I'll be spending a lot more time looking at this information. Thank you for all your hard work.