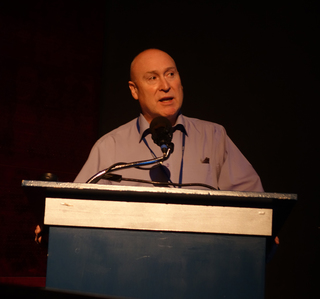 Paul Goodman, Head of Collections Projects, at the National Media Museum , Bradford, left the museum on 23 December 2014, following a restructuring of staff posts. Goodman had been responsible for leading on specific major collections-related activities.These had included managing the museum's three recent large acquisitions: the Impressions Gallery collection, the Ray Harryhausen archive and the Lewis Morley archive,. In addition he had been responsible for a digitisation programme of the Royal Photographic Society Collection which is held at the museum. He also oversaw the museum's collaborative conservation project with the Getty Conservation Institute.

Paul Goodman had been at the museum since 1990 when he joined as Registrar and he had held a series of jobs during his career there including managing the museum as part of a three-person team following the departure of the previous Head, Colin Philpott.

He received a the Royal Photographic Society's Colin Ford Award in 2003.

At the time of writing he was unavailable for comment.