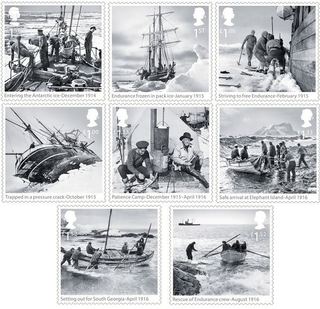 The work of photographer Frank Hurley is used on eight new stamps being issued by the Royal Mail on 7 January 2016. The set is being issued to commemorate Ernest Shackleton's polar voyage of 1914-1916. Shackleton's ship Endurance became stuck in ice and Shackleton with six companions then braved a voyage of 720 nautical miles in an open boat to the whaling stations of South Georgia to get help for his crew. They were finally rescued in August 1916. 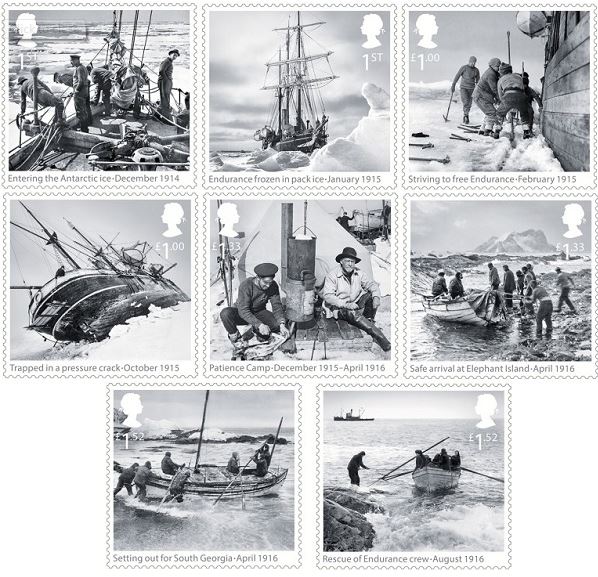 Thanks for this notification Michael - very helpful.