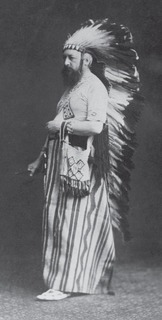 William Blackmore (1827-1878) remains a little knownmillionaire mid-Victorian polymath. He was a successful lawyer based in Liverpool and subsequently London. An international financier involved in numerous North American land grants, he was also principal financier of the Denver and Rio Grande Railroad. His reputation by the mid 1870s within London financial circles was that he ‘has means of obtaining information in the City such as very few men possess.’ Blackmore visited Salt Lake City and met Brigham Young (1801-1877), president of The Church of Jesus Christ of Latter-day Saints, and wrote a confidential report on the ‘Mormon Empire’ for the Cabinet of the British government and independent industrial leaders; in April 1872 Blackmore dined at the White House with United States President Ulysses S. Grant (1822-1885); he funded and populated with artefacts perhaps the leading ethnographic museum in 19th century Great Britain, located in his home town of Salisbury; he was an early patron of the leading Pre-Raphaelite artist Dante Gabriel Rossetti (1828-1882) and the commissioner of an influential set of watercolours of the Yellowstone region by Thomas Moran (1837-1926); and he was acknowledged by contemporaries to have so effectively exploited photography to document North American Indians that his photographic collection was copied to form the basis of the holdings of the Smithsonian Institution in Washington, D.C.

Yet Blackmore’s legacy was to be comparatively limited. He went bankrupt and committed suicide in 1878. Shortly after his untimely death, his papers and other materials were consigned to storage and lay apparently unused for almost half a century. William’s other art collections were subsumed within those of his brother and loyal ally, Humphrey. Following Humphrey’s death in 1929 a major dispersal campaign began in earnest. While some of William’s business documents were saved, a significant number were apparently destroyed, and artefacts were subsequently dispersed through auction and sale to other public and private institutions. The Blackmore Museum was incorporated with that of the Salisbury and South Wiltshire Museum after Blackmore’s death, and was amalgamated in 1902; it remained something of a place of pilgrimage to American archaeologists until the early 20th century. While a new gallery was built in 1933 linking the buildings of the Blackmore Museum to the Salisbury Museum, William’s museum was already in terminal decline and its collections were to be broken up and dispersed over a period of over four decades.

Anthony Hamber has written the first biography of William Blackmore to cover the wide gamut of his professional and private interests and the significance and impact of his wide ranging achievements. With reproductions of many Victorian photographs, and a diligently researched text, fully referenced with bibliography and index, Hamber’s work is a major contribution to understanding an important but neglected figure and his world.

Collecting the American West: the Rise and Fall of William Blackmore, by Anthony Hamber is published by Hobnob Press, December 2010, 320pp paperback, many illustrations,