When Roger Fenton arrived in the Crimea in March 1855 to photograph the war that had been raging for 12 months, the major battles of the campaign had already been fought.  And yet, the images that he captured of exhausted troops and desolate landscapes would become some of the most significant visual accounts of conflict ever produced, giving birth to the genre of war photography.

The first exhibition of Fenton's Crimean works in London since 1856, Shadows of War: Roger Fenton's Photographs of the Crimea, 1855 explores how the photographer brought the stark realities of war into public consciousness for the first time, through more than 60 photographs from the Royal Collection. The exhibition also tells the story of the historically close relationship between the Royal Family and those who have served their country in battle, with contributions to the exhibition's multimedia guide by HRH The Duke of Sussex, photojournalist Sir Don McCullin and exhibition curator Sophie Gordon.

The Crimean War saw Britain, France, Sardinia and the Ottomon Empire allied against Russia's attempt to expand its influence into Ottoman territory.  The impact of the war on the Victorian public was immense.  Britain sent 98,000 men into the conflict, and thanks to improved communications and the presence of war correspondents, updates from the battlefield reached home in days rather than weeks.  The advent of photography meant that reports were no longer limited to unillustrated newspaper accounts or artistic depictions of battle, and the public was able to witness authentic images of war for the first time.

Roger Fenton was already a respected photographer when he travelled to the Crimea, commissioned by the publishers Thomas Agnew & Sons to photograph people of interest for use as source material for a painting by the artist Thomas Barker.  Arriving several months after the major battle of Balaklava and the famous Charge of the Light Brigade, Fenton spent three months producing approximately 360 photographs, travelling and working in a mobile darkroom that he had converted from a wine merchant's van. The limitations of 19th-century photographic techniques, coupled with Victorian sensibilities, prevented Fenton from producing scenes of battle and death.  Instead, he evoked the destruction of war through portrayals of bleak terrains and haunted troops.  In his most famous photograph, Valley of the Shadow of Death (23 April 1855), he places the viewer at the bottom of a barren ravine littered with cannonballs, subtly referencing the earlier battles in which so many had lost their lives.

Fenton spent several weeks photographing the key figures of the war.  One of his best-known portraits, The Council of War (June 1855), shows the three commanders of the allied armies – Lord Raglan, Maréchal Pélissier and Omar Pasha – preparing for their successful assault on the Russian fortifications at Mamelon.  Lord Raglan died on 28 June 1855, shortly after the image was taken.

In August 1855, Queen Victoria wrote in her journal that she had viewed some of Fenton's work, commenting that the portrait was 'one, most interesting, of poor Lord Raglan, Pélissier & Omar Pacha, sitting together on the morning, on which the Quarries were taken'. While the majority of Fenton's portraits depicted senior officers, his photographs also captured the conditions for troops on the frontline, from living and cooking facilities to the after-effects of battle.  One of his more disturbing images is Lord Balgonie (1855), which is the first visual record of someone suffering from 'shell shock'.  Balgonie was badly affected by the conflict and died in 1857 – his death at the time attributed to the war.  The image demonstrates Fenton's proficiency in creating powerful photographs without resorting to explicit imagery.

Fenton returned to Britain in July 1855, and in September his Crimean photographs went on display at the Water Colour Society on Pall Mall, the first of four London venues. The images raised awareness of the conditions endured by soldiers at a time when the wounded began to arrive home.  Queen Victoria, who had commissioned Fenton to produce portraits of the royal family in 1854, took a personal interest in the conflict and the welfare of the troops.  Keen that her concern was publicly known, she was the first British monarch to meet and support wounded soldiers in public, personally greeting troops at Buckingham Palace and during visits to hospitals.  She also instituted the Victoria Cross, which remains the highest award for gallantry in the British Armed Forces. On the exhibition's multimedia guide, recorded when the exhibition was first shown in Edinburgh in 2017, The Duke of Sussex speaks about how the photographs taken by Fenton and his contemporaries helped change attitudes towards those affected by their experiences on the battlefield.

Speaking about Fenton's image Lord Balgonie, the first visual record of someone suffering from 'shell shock', His Royal Highness says in the multimedia guide: 'There has always been a fascination about people returning from war, what they've been through and what they've seen.  The psychological impact of being on the battlefield is something that servicemen and women have had to deal with, but have often found it hard to talk about.  As a result of photographers like Roger Fenton and those who have followed him, the public have gained a better appreciation of these experiences and consequently, over the years this fascination has turned to appreciation and respect.' 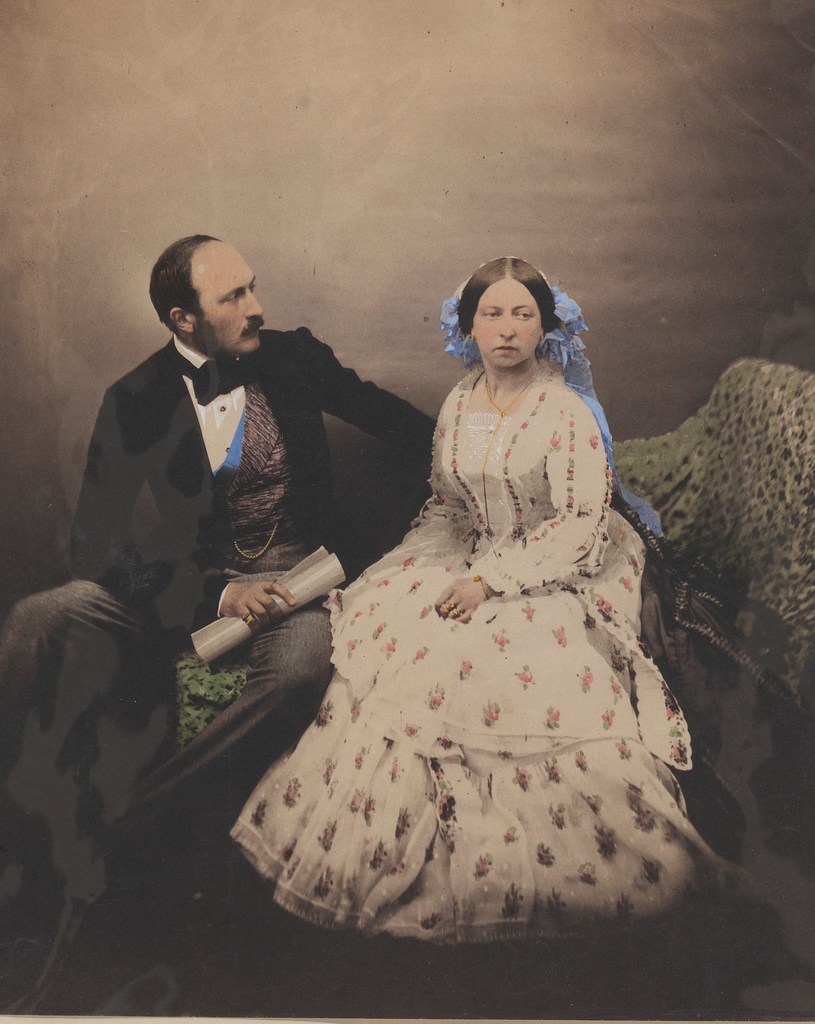 I am interested in William (Marcus) Sparling, who accompanied Fenton in the Crimea. Has any good research been carried out on Sparling?  His Theory and Practice of The Photographic Art including its chemistry and optics, with minute instructions in the practical manipulation of the various processes, drawn from the author's daily practice (London 1856) is, to my mind, remarkable for its erudition and I can't help think he may have had a greater input into Fenton's work than we give him credit for. I have found a reference for Sparling working in Edinburgh before 1858 (i.e. not long after his return from Crimea) taking architectural views.

I would just like to know a lot more about him!