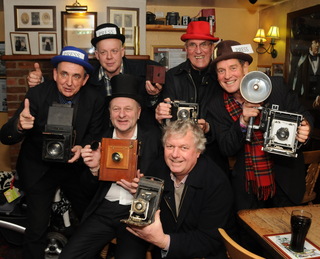 Last Friday night (11th Feb), a group of photographers gathered together to celebrate the anniversary of William Henry Fox Talbot's birthday (210th!), in the Barn Restaurant at the George Inn Lacock which was the carpenters shop where his first camera was made.