Opening on 12 October, the first phase of the Photography Centre, designed by David Kohn Architects, will more than double the space dedicated to photography at the V&A. The inaugural display will trace a history of photography from the 19th century to the present day through the theme of collectors and collecting. Drawn from the V&A’s significantly expanded holdings, following the transfer of the Royal Photographic Society (RPS) collection, the display will show seminal prints and negatives by pioneers William Henry Fox Talbot, Julia Margaret Cameron and Frederick Scott Archer, alongside camera equipment, photographic publications and original documents to tell a broader story of international photography. It will also feature a digital wall to show the most cutting-edge photographic imagery.

To mark the opening, the V&A has commissioned internationally renowned German photographer Thomas Ruff to create a new body of work. Known for taking a critical and conceptual approach to photography, Ruff’s new series will be inspired by Linnaeus Tripe’s 1850s paper negatives of India and Burma from the V&A’s collection. 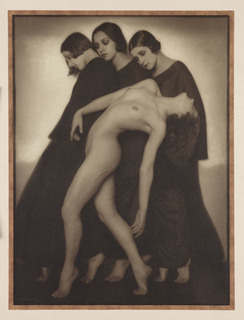 Tristram Hunt, Director of the V&A, said: “The transfer of the historic Royal Photographic Society collection provided the catalyst for this dramatic reimagining of photography at the V&A. Our collection - initiated by the V&A’s visionary first director Henry Cole - now seamlessly spans the entire history of photography, telling the story of the medium from the daguerreotype to the digital. Our new Photography Centre will provide a world-class facility to re-establish photography as one of our defining collections. In an era when everyone’s iPhone makes them a photographer, the V&A’s Photography Centre explores and explains the medium in a compelling new way.”

The entrance to the new Photography Centre will be through a spectacular installation of over 150 cameras. Nearby, an interactive camera handling station will offer visitors an understanding of how photographers view the world through their equipment. Inside the gallery, focused sections will look at a series of collections and collectors, including an important group of William Henry Fox Talbot’s cameras and prints; Pictorialist photographer Alvin Langdon Coburn’s collection of photographs by his predecessors and contemporaries; and a selection of some of the most significant photojournalism of the 20th century collected by Magnum Photos’ UK agents, John and Judith Hillelson.

On display will be over 600 objects from across Europe, the US, Africa, the Middle East and Asia. The Photography Centre will feature images by early colour photography pioneers, Agnes Warburg, Helen Messinger Murdoch and Nickolas Muray, and recent acquisitions by Hiroshi Sugimoto, Cornelia Parker, Linda McCartney and Mark Cohen. A pioneering botanical cyanotype by Anna Atkins, images by the world’s first female museum photographer, Isabel Agnes Cowper, and motion studies by Eadweard Muybridge, will join photographs by some of the world’s most influential modern and contemporary photographers, including Eugène Atget, Man Ray, Walker Evans, Cindy Sherman and Martin Parr. 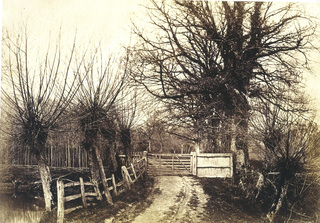 The Photography Centre will feature the ‘dark tent’, a multimedia projection and lecture space inspired by 19th century photographers’ travelling darkrooms. Here, specially commissioned films revealing early photographic processes, including the daguerreotype, calotype and wet collodion process will be screened, along with a slideshow projection of rarely-seen magic lantern slides revealing the first attempts to reach the summit of Mount Everest in 1921 and 1922.

The opening of the Photography Centre will be accompanied by a three-week spotlight on photography across the V&A, including a series of talks by leading photographers, screenings, events, courses, workshops and a Friday Late.

Situated in the V&A’s North East Quarter, the Photography Centre will reclaim the beauty of three original 19th-century picture galleries. It is part of the V&A’s FuturePlan development programme to revitalise the museum’s public spaces through contemporary design and the restoration of original features. A second phase of the Photography Centre, planned to open in 2022, will expand it further, providing a teaching and research space, a browsing library and a studio and darkroom for photographers’ residencies.

In addition, the first two titles in The V&A Photography Library, a new series of publications in partnership with Thames & Hudson, will accompany the opening. In September 2018, the V&A and Royal College of Art will launch a photography pathway as part of the History of Design MA programme. Students will learn about the history of photography through the V&A’s collections and expertise.

Following the transfer of the Royal Photographic Society collection in 2017, a new purpose-built storage facility has been created on site. When not on display, photographs can be viewed in the V&A’s Prints & Drawings Study Room. The V&A Photography Centre is supported by The Bern Schwartz Family Foundation and other generous donors. Upon opening, Gallery 100 in the new centre will be known as The Bern and Ronny Schwartz Gallery.

What an amazing resource.  One looks forward to the opening of V&A Photography Centre on the 12 October 2018 along with the opportunity to view its 2017 acquisition of the RPS Collection.