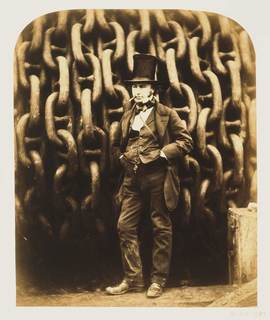 Other highlights include the oldest photograph in the V&A collection, a daguerreotype from 1839 of Parliament Street from Trafalgar Square, a seascape from 1856 by Gustave Le Gray, and a portrait by Robert Howlett of Isambard Kingdom Brunel, taken in 1857. Displays will change every 18 months.

And it's free entry!