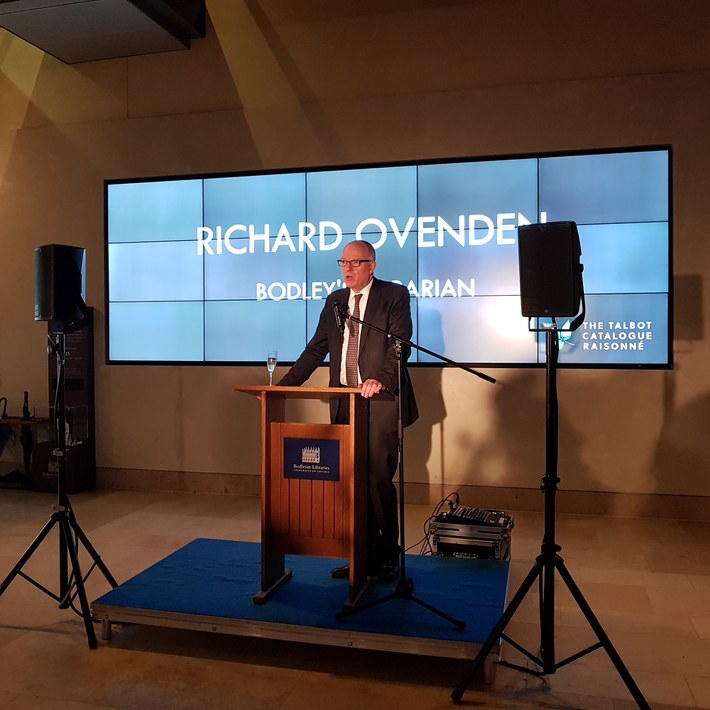 At a special event on 31 January 2019 Richard Ovenden, Bodley’s librarian, marked the conclusion of a six-year project to produce the William Henry Fox Talbot Catalogue Raisonné Project which commenced in earnest in 2016. The project has transferred the records of the world’s leading Talbot scholar Professor Larry J Schaaf on to a searchable, illustrated, database. It has set a model for future online catalogues raisonné.  At the time of writing it features some 18,177 records, plus a supporting blog and contextual texts. 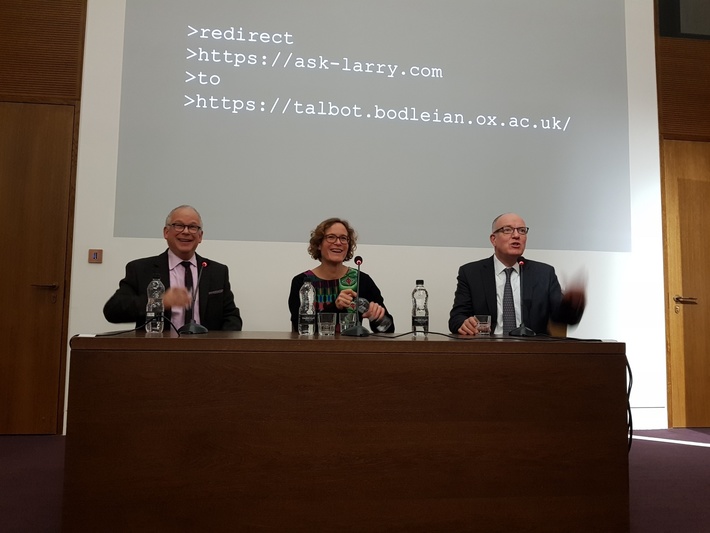 The conclusion was marked by two lectures and a panel discussion from Dr Kelley Wilder of De Montfort University and Malcolm Daniel of the Houston Museum of Fine Arts.  Hans P Kraus Jr paid tribute to, and spoke on behalf of, Schaaf who was unable to attend the event.

Ovenden similarly paid fulsome tribute to Schaaf without whom the project would have not been realised and noted that, although the funding for it had ended, Schaaf had agreed to continue to support and enhance the data records. He also highlighted the fact that ‘photography is now at the heart of Bodleian Library’. The library acquired the Talbot archive from Lacock Abbey and has been actively developing its photography holdings.

The archive of British photographer Daniel Meadows was transferred from Library of Birmingham to the Bodleian Library in March 2018. Northern Narratives, working in partnership with Daniel Meadows and The Bodleian Library, is developing an exhibition drawn from Meadows' substantial archive which will tour to a number of international galleries throughout 2020/21. Dates and venues will be announced in Autumn 2019.