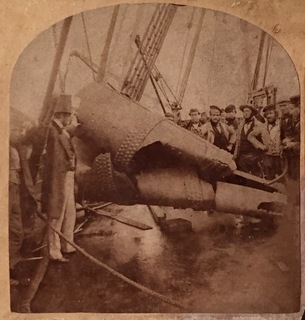 I also assumed that this was one of Robert Howlett's stereo views of the Great Eastern.

But, the facts don't add up. I'm confused, and am hoping members can help me understand.

The reverse of the image has a pencil notation (probably later) stating "Scene on the deck after the explosion, 1858".

From what I understand;

So, Did Brunel inspect the damage 6 days before his death? Or is this someone else in the top hat? Who might that be?

As Howlett had untimely passed, was the photographer George Downes? or someone else?

Or do I have all my dates incorrect? Everything seems to have happened so quickly during this short time period. 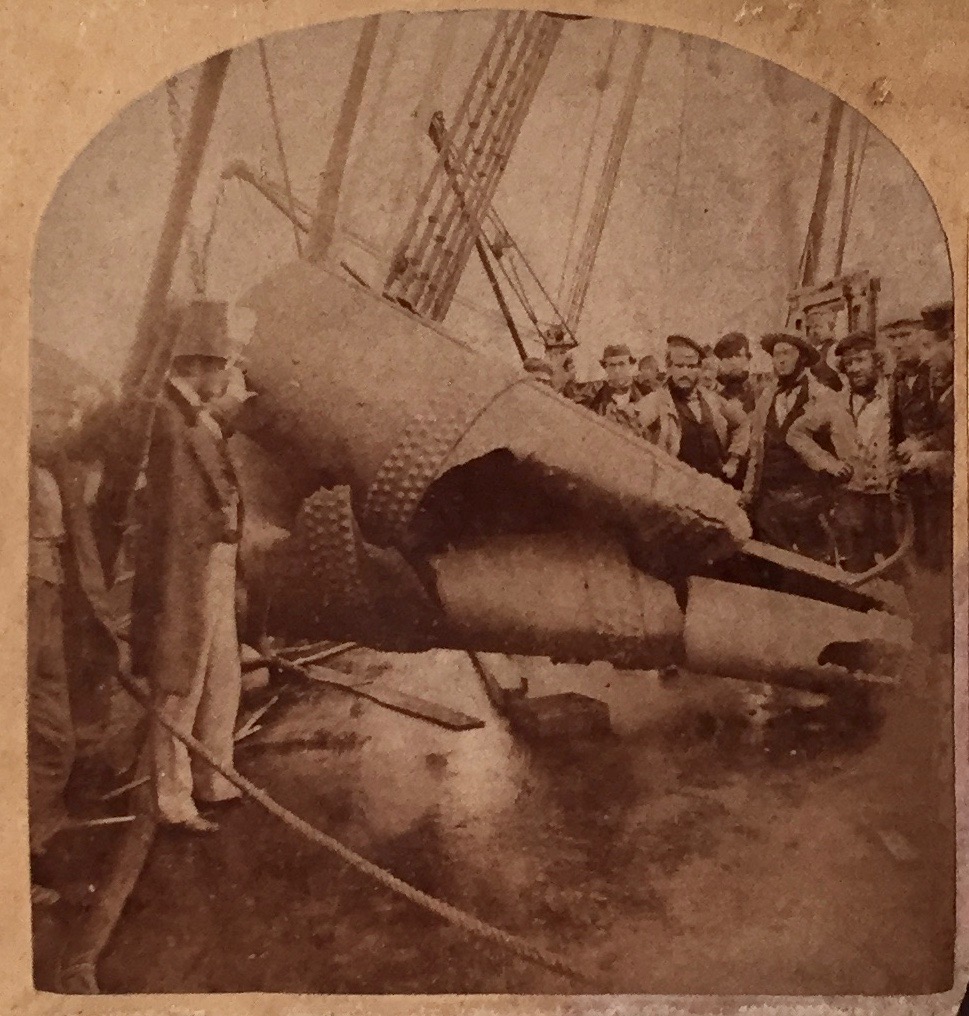 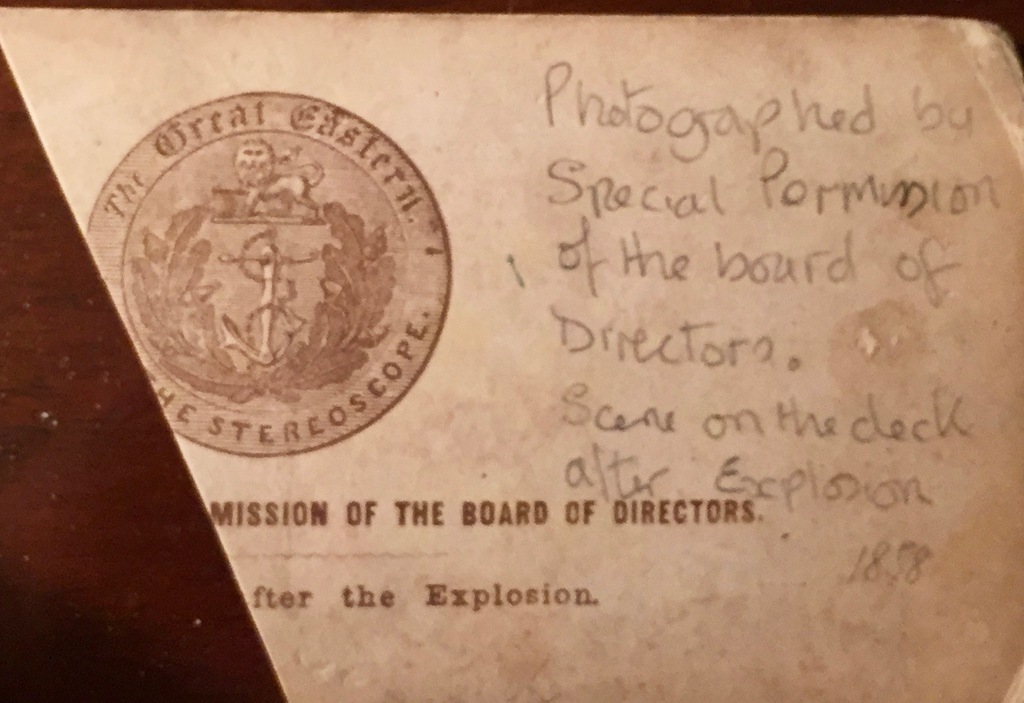 Rose, Thanks so much for your explanation!

Comment by Rose Teanby on October 12, 2017 at 8:56
Hi David, your dates are absolutely correct and you are also right in stating that this is not a Howlett image, nor does it feature Brunel. It is not George Downes or any Photographic Institution representative, and sometimes is incorrectly referenced as Howlett due to his connection with Great Eastern images but ignoring the date of his death several months earlier.
The London Stereoscopic Company accompanied this sea trial and produced a series of stereoscopic photographs including this one. The gentleman could be John Scott Russell who supervised this voyage in Brunel's absence but it would be difficult to say anything for certain. There were also several newspaper reporters aboard plus other invited guests, so it could possibly be one of those.
The irony of this is that it was meant to be a public demonstration of this magnificent ship but instead, due to the photographs and extensive news coverage, it was responsible for severely damaging confidence in the ship, lowering passenger numbers as a result.
The cause of the explosion was found to be a valve which had not been opened causing the build up of steam pressure.
Brunel died on 15th having visited the ship on 5th where he collapsed with a stroke. He had intended to be on the sea trial but was taken home that day and never recovered.
The Great Eastern was a blighted ship in many ways but was also the first modern ocean liner, just too far ahead of her time. Nobody built a ship like her for another 50 years.
I hope that is helpful.