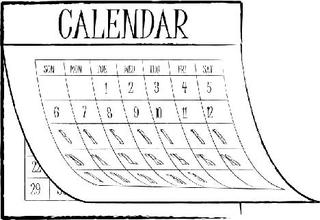 Please add your suggestions below.

John Jabez Edwin Mayall was born as Jabez Meal on 17 September 1813 in Manchester and Nicolaas Henneman was born 8 November 1813 in Heemskerk, Holland. It might be prudent to begin thinking about ways of celebrating next year, the bicentenary of the birth of Frederick Scott Archer on 30 August 1814 and the sesquicentenary of the woodburytype process announced in 1864. Cheers! Marcel (http://www.cartedevisite.co.uk/about-2/marcel-safier)

Frank Meadow Sutcliffe, photographer of Whitby and district, born Headingley, Leeds, 6 October 1853 [160th anniversary]. Involved as campaigner with Professional Photographers Association and Photographic Copyright Union in 1890s. Member of The Linked Ring from June 1892. Between 1881 & 1905 won 62 British & foreign awards for his work. Made an honorary member of The Royal Photographic Society in 1935. Judged competitions, lectured & wrote prolifically on photography. Died 31 May 1941. [www.towlard.com]

I am hoping to arrange a retrospective exhibition this year of some of his work.

First known photograph of a human being taken by Louis Daguerre

Anniversary of the birth of David Bailey 2nd January 1938

Also anniversary of the death of Leni Riefenstahl 1902-2003

Here at Hulton Archive we'll be celebrating the centenaries of two fabulous Picture Post photographers Bert Hardy (1913 - 1995) and Thurston Hopkins (b.1913 ) as well as the 75th anniversary of Picture Post itself - launched 1st October 1938. Will keep you posted re events and exhibitions... Happy 2013 to everyone!