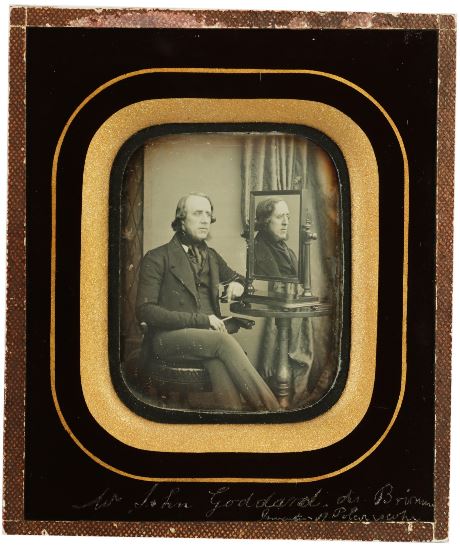 Chiswick Auction's auction of photographs 1840-2020 contains a number of lots of daguerreotypes and early photography. Two lots in particular are of special note, including a portrait of John Goddard and one that it is suggested may be a portrait of Frederick Scott Archer.

Lot 17. A portrait of John Frederick Goddard, the scientist and photographer, taken by Jabez Hogg. The image is reproduced in John Werge's Evolution of Photography. The description reads: AN IMPORTANT PORTRAIT OF PROFESSOR JOHN FREDERICK GODDARD (1795-1866), c.1841-1850, Sixth plate daguerreotype, in French bevelled gilt mount, inscribed with a caption on the cover glass; "Dr. John Goddard dis. Bromine Inventor of Polariscope" (sic) with taped edges, and later manuscript label in ink, on verso reading; "Professor Jon Goddard, discoverer of the quickening effect of Bromine in the production of the Daguerreotype picture. Jabez Hogg 1. Bedford Square. It is estimated at £35,000-40,000. 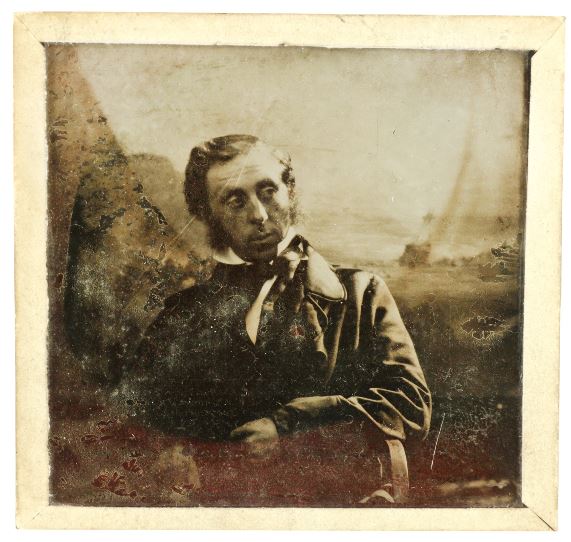 Lot 18. Contains a series of thirteen experimental collodion studies including what the auction house suggests is a previously unknown portrait of Frederick Scott Archer (1813-1857). The lot description notes: Ambrotypes, (13), a collection of experimental outdoor portrait studies of Children (11), one image of an elderly Gentleman (1), and a previously unknown portrait, most likely of Frederick Scott Archer himself, the inventor of the wet plate collodion photographic process. Plate sizes approx. 90 x 90mm or slightly smaller, with contemporary paperbacks and taped edges, three examples with notes regarding exposure and process in an unknown hand, pencil verso; "Effect of oblique .... light, Eleven O'clock A.M", "Effect of direct sunlight Midday", "Effect of Evening light". Estimate: £5000-6000.