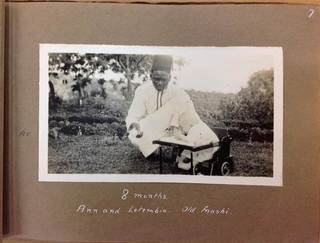 The former British Empire & Commonwealth Museum collected photographs and film from people who worked in the Empire, their families, and companies and government departments working with the colonies. Some are from well-known people, such as the writer Elspeth Huxley, others from anonymous photographers. Some record great historical events, but many document the everyday lives of families living and working abroad. It is a fascinating collection, giving a broad view of the Empire and the early years of independence.

The selectors include artists, photographers, film makers, colonial workers and their families, development workers and local communities. Each brings a different perspective to how they ‘read’ the image and the legacy of Empire.