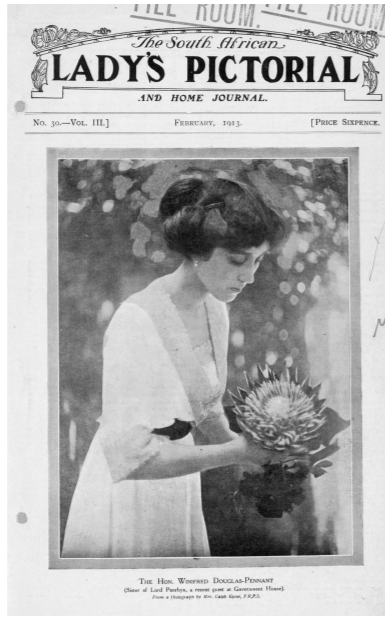 I have recently published an open access journal article in Image & Text 32 (2018) on Minna Keene FRPS, drawing from my research into her Life and Career in South Africa between 1903 and 1913. The article can be downloaded here.

Born in Germany in 1861, Minna Keene lived in Cape Town during a prolific phase of her photographic career. Whilst at the Cape (1903-1913) she achieved international acclaim as a pictorialist photographer. Her photographs of South African subject matter were shown at exhibitions across the world. She was quick to recognise opportunities to translate her photographic success into financial profit and was one of very few women to operate a photographic studio in early–twentieth century South Africa. Keene actively circulated reproductions of her photographs as self–published postcards and in popular publications. Through these interventions she made a substantial contribution to popular visual culture at the Cape and was celebrated by local and international audiences. Despite her pioneering status, she has been overlooked in the existing literature on South African photography, and, although she has received limited attention in Euro–American histories of photography, much remains unknown about her life and work, especially in relation to her time in Cape Town. Drawing on multi–sited research, I present a biographical account of Keene which analyses the ambivalent gender politics in her photographs as well as her uncritical adoption of colonial categories of race.

Hi Donald. Thanks very much for the references on carbon printing - I will chase these leads up. Good to see you in Bristol. Best wishes, Malcolm.

Malcolm - Strange that no one seems to have mentioned the obvious -Christpoher James, The Book of Alternative Photographic Processes - which has 20 very useful pages . Also Sandy King is recognised as the modern master of carbon printing. Any search on his name is likely to come up with useful stuff.  John Barnier's ,Coming into Focus contains a useful chapter on Carbon printing by Sandy King. Hope you find something helpful here. Enjoyed your talk at Bristol last saturday. Many thanks for that.  Donald.