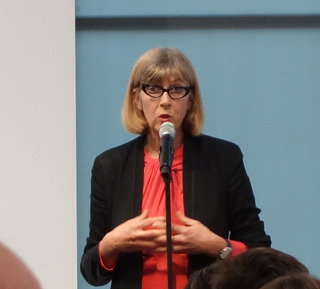 Brett Rogers, as Australian by birth, has thirty years of experience promoting photography and visual arts both in the UK and in Australia, where she worked as Exhibitions Manager at the Australian Gallery Directors’ Council from 1976 to 1979. She curated photography exhibitions where she was responsible for supporting original research into neglected areas of Australian women photographers, as well as touring photographic shows from abroad. In 1980, Rogers moved to the UK to complete an MA at the Courtauld Institute of Art.

She joined the British Council in London, where she worked in the Visual Arts Department of the British Council and held the joint roles of Deputy Director and Head of Exhibitions. Rogers’ increased the profile and activity of British photography abroad with shows by such figures as Julia Margaret Cameron, Madame Yevonde and Martin Parr. Rogers was also responsible for initiating a series of important group shows including Documentary Dilemmas: British Documentary Photography in the Nineties, Look at me: Fashion and Photography in Britain 1960-1997, Reality Check - British Photography and New Media 2002-2004, and Common Ground, Aspects of contemporary Muslim experience 2002-2005.

Brett joined The Photographers’ Gallery as Director in 2006. She has overseen the Gallery’s move from Great Newport Street to Ramilles Street and a major redevelopment of the new premises. The refurbished building reopened in 2012.

Check out an interview with Brett here: http://www.emahomagazine.com/2013/05/brett-rogers-30-years-of-curat...