Hubert Weston King, the owner of the W. W. Winter studio in Derby has passed away on Xmas day 2018, just shy of his 87th birthday. The Winter studio is the longest operating photographic studio business in the UK, if not the world and second longest operating from the same address in the UK, after the Reeves studio in Lewes, Sussex. The business was established in 1852 by Emmanuel Nicolas Charles with Walter William Winter joining in 1862 and taking it over in 1863 following Charles' death. It has operated as W. W. Winter from the same address in Midland Rd, Derby since 1867 where it has remained as the leading studio in Derby.

In 1896 William Henry King joined the studio as an assistant and in 1910 he bought the business. It has been in the King family ever since, passing down to William's grandson Hubert, who at 14 joined the business then run by his uncle, in 1945. In addition to portrait photography, the studio has long chronicled events in the Derby district and its scope extended to industrial work, product photography for advertising, line work for print and food photography. The studio is currently managed by Angela Leeson and Louisa Fuller is the photographer.

An ongoing Heritage Lottery Fund backed project with tireless work by the studio staff and a large team of volunteers has seen the conservation, cataloguing and digitisation of thousands of the firm's old film and glass negatives as well as an exhibition chronicling the incredible photographic heritage of the studio. Annual Heritage Day events provide a wonderful insight into the studio's past, chronicling so much of Derby's people and events. I had the fortune to spend a day at the studio during a visit from Australia in 2014 and Hubert was gracious enough to provide a private guided tour of the premises. It was as exhilarating experience for anyone interested in photographic history. 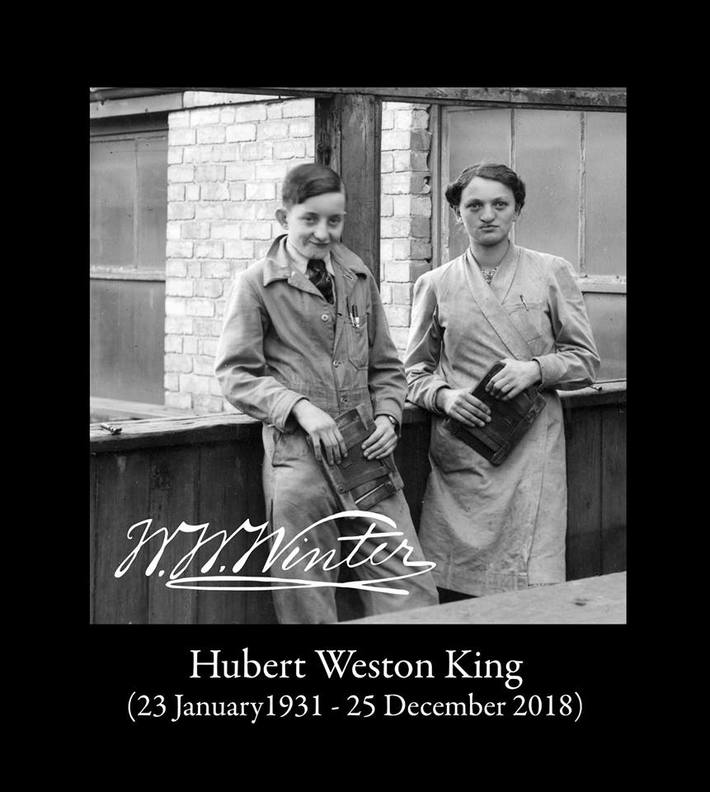