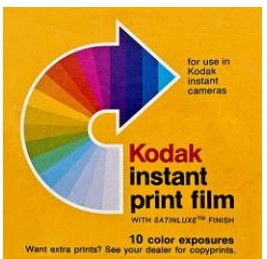 I worked for Kodak in the Research Labs for 30+ years during which I was involved with a variety of projects.  I decided to write down some memories and some descriptions of the technologies I worked on.  Along the way I had come across a number of novel imaging products from other manufacturers so my article although it has an autobiographical flavour grew into a review of what I thought were technically interesting imaging systems.  Some of these were explored in Kodak R&D both at Harrow and in Kodak's main lab in Rochester New York and as far as I know have not been described in any detail elsewhere.

Thanks for this. It was a wonderful read and distraction when I should have been working today!

One thing I don't get is how the “Reversal F” process actually occurs. I have a story in my head (possibly somewhat fictitious) about how regular negative emulsions work. I can see how a bleach/fog reversal process works (I've done it) but I have no story for how direct positives work.

I've used Harman Direct Positive paper and still wonder how it does it. Do you know if that uses the same principles?

I remember returning my father's Kodak instant camera for a refund. He let me keep the money.

Also how related are the current Fuji Instax chemistry to that developed by Kodak? Is it now a distant descendent?

Hi Gareth. Fascinating story. I was 22 years with Ilford and we had similar machinations!

I am in the process of writing a history of Nuclear Emulsions, which starts with Process and Halftone plates around 1900. If you have knowledge of or contacts on this I would be interested to hear from you.