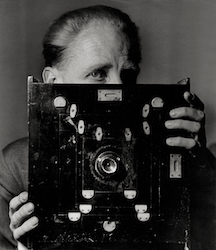 She studied with Bill Brandt in the 1940s and had a successful career. She was published in Picture Post, Lilliput and the Jewish Chronicle to name but a few and published a number of books including Faces (Profiles of Dogs) with text by Vita Sackville-West which was republished in 2019, Musicians in Camera which featured many of leading musicians and composers of the day including Stravinsky, Benjamin Britten, William Walton, Pablo Casals, plus many more. Her photographs, Stravinsky Rehearses Stravinsky, taken in 1965 on his last visit to the UK, were exhibited around the world including Los Angeles, Vienna and the Victoria and Albert Museum, London.

She was the first photographer to be exhibited at the Ben Uri Gallery in London in the 1950s with a series of photographs from the newly founded state of Israel.